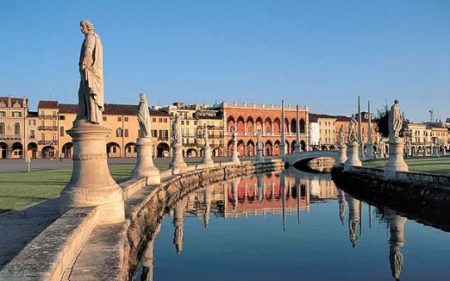 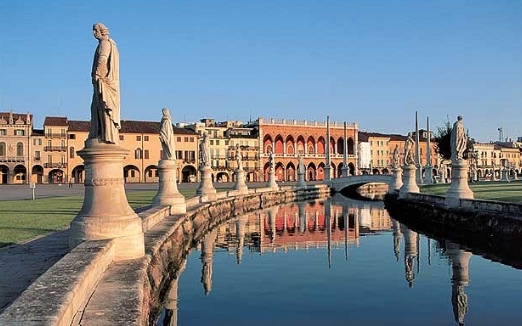 Nearly all trains heading to Venice pass through the city of Padua. Yet, in comparison to the throngs of tourists who invade Venice each year, relatively few explore the historic and artistic treasures that lie in the Veneto region’s second most important city. Located about 25 miles west of Venice, “Padova” (as it is known in Italian) was founded long before Venice as an ancient Roman city with the name of Patuvium. Gradually overshadowed and eventually ruled by its neighboring city on the sea, Padua regained importance in the Middle Ages when a Portuguese saint named Anthony of Lisbon decided to make the city his home in 1226.

St. Anthony of Padua (1195-1231CE) was a Franciscan friar and contemporary of the founder of his order, St. Francis of Assisi (1182-1226CE). Like Francis, Anthony was an extraordinary preacher who used his abilities to spread the message of the gospels; and to whom many miracles are attributed. Both Catholics and non-Catholics still invoke Anthony’s intervention today as “the patron saint of lost objects.” Not surprisingly, shortly after his death a basilica was constructed in Padua to house his mortal remains, and was later decorated with sculptures by the great Donatello. Technically called the “Basilica of St. Anthony of Padua”, the church is better known simply as the Santo. Each year nearly 7 million pilgrims visit the Santo to pay homage to the body of the saint and to venerate the relics that are displayed there, which include the tongue and the vocal cords (I’m not kidding) of the great preacher-saint.

But, Padua was also home to a rather celebrated sinner – Rinaldo degli Scrovegni. Singled out by Dante in Canto XVII of his Inferno as a sinner being punished for usury, Rinaldo must have realized that being placed in hell in the most-largely-circulating piece of literature of the time was not very good P.R. for his bank. Usury, or lending money at exorbitant interest rates, was a common practice amongst medieval banks. It was actually Rinaldo’s son, Enrico, who would eventually try to publicly expiate his family’s sins by paying for the construction and decoration of my absolute favorite work of art – the Scrovegni Chapel.

Enrico spared no expense in the showing the world that the wealth accumulated by his family bank was also being used to glorify God. And so he called to Florence to hire Giotto, the most important painter of the century, to decorate the chapel in fresco. The result was one of the most innovative and entertaining painting cycles in history. I like to refer to Giotto as the “Alfred Hitchcock of the Middle Ages”, and the psychology, drama and suspense of his paintings are not only absolutely singular for his time, but also collectively represent the seminal motion picture in history.

After mulling over all the holy relics and sublime paintings, don’t forget to try the local cocktail – the spritz! Prosecco mixed with either Campari or Aperol, and a splash of soda water. Instead of Campari or Aperol, the locals prefer a type of liquor named “Select”, which can only be found in the Veneto region. And there is nothing better to accompany a spritz than some local fish fry!