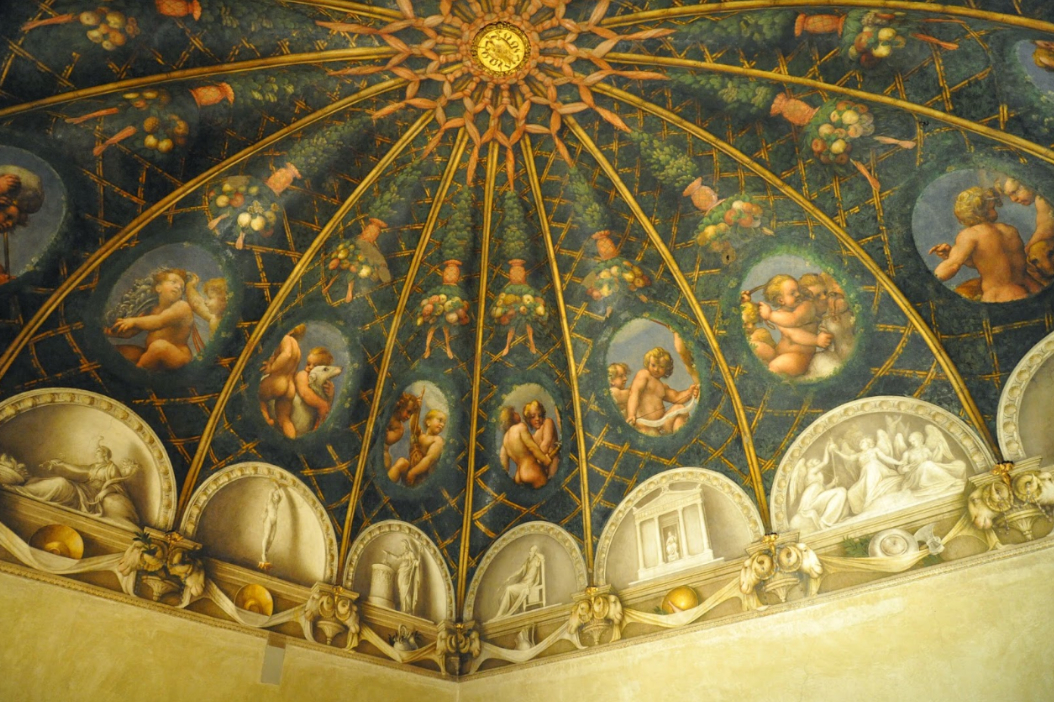 When most people think of Parma, they think of prosciutto and Parmigiano cheese. But there is much, much more to this city. Parma is located in the north-central region of Emilia-Romagna, which is best known for its culinary traditions. Bologna is the capital of the region and is known as La Grassa – “the fat”. Lasagna, tortellini, mortadella, balsamic vinegar, and of course, Prosciutto di Parma (a sweeter, less-salty variety of the popular Italian cured pork) and Parmigiano cheese are the regions best-known culinary contributions. The wines aren’t great, but getting better, especially the Sangiovese di Romagna.

Emilia-Romagna is also well known for its traditionally liberal politics, and is one of the strongholds of Italy’s “leftist” political parties. Parma, a city of about 200,000 people, is no different. But because of the conspicuous wealth of the city, due mainly to its booming pharmaceutical and gastronomical industries (including Barilla pasta), its citizens are dubbed “fur-wearing communists”. The affluence is palpable in Parma – in the clothes, in the cars (the Ferrari factory at Maranello is only 30 minutes away), in the jewelry, and in the very near-patrician demeanor of the Parmigiani.

Parma is also home to some of the world’s greatest art treasures. Its twelfth-century cathedral is breathtaking, and its unique multi-tiered baptistery is one of the icons of Italian Romanesque architecture. But the artist who put Parma on the artistic map was the painter known as Correggio (1489-1534). It is hard to believe that a city with such a mediocre local culture in the Middle Ages could have produced such a singular Renaissance genius. Although Correggio is not as well known as Florentine rock-star artists such as Leonardo, Botticelli and Michelangelo, amongst Renaissance connaisseurs he is considered a giant. Correggio’s sensual painting style was strongly influenced by Leonardo da Vinci (one of whose works is in the National Painting Gallery of Parma), and combines sublime draughtsmanship with endless layers of glaze, giving his a paintings a shimmering, almost proto-Baroque quality.

Correggio’s first commission was to decorate the dining hall of a particularly enlightened, and perhaps somewhat libertine, Benedictine abbess named Giovanna Piacenza. Known as the Camera di San Paolo, the ceiling of the room is decorated with a bamboo-like pergola and playful putti poking their heads through illusionistic apertures. Above the fireplace is a large fresco of the virgin goddess Diana; and just below, a Latin inscription that warns (presumably male visitors) “Do not stick your poker in the fire”!

One year later, Correggio was commissioned to paint the dome of the Benedictine church of San Giovanni Evangelista. It was here that Correggio first applied his signature technique of di sotto in sù perspective, creating the illusion that his painted figures were in fact flying in the air above the heads of viewers. This technique would reach its apotheosis in his later fresco in the dome of Parma cathedral. An explosion of endless figures hover in an illusionistic sky celebrating the Virgin Mary’s assumption into heaven. The great Venetian painter Titian retorted to a disgruntled priest who complained that he had paid Correggio too much for the painting, “Turn the dome upside down and fill it with gold…that is its price!”

Come enjoy the beauty and food of Parma with us on our upcoming Northern Italy Program from Oct. 16-20, 2017.