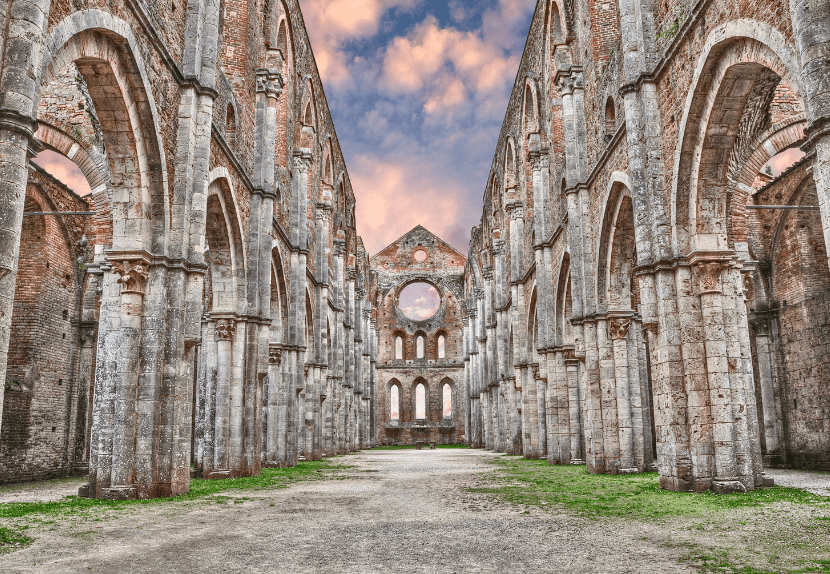 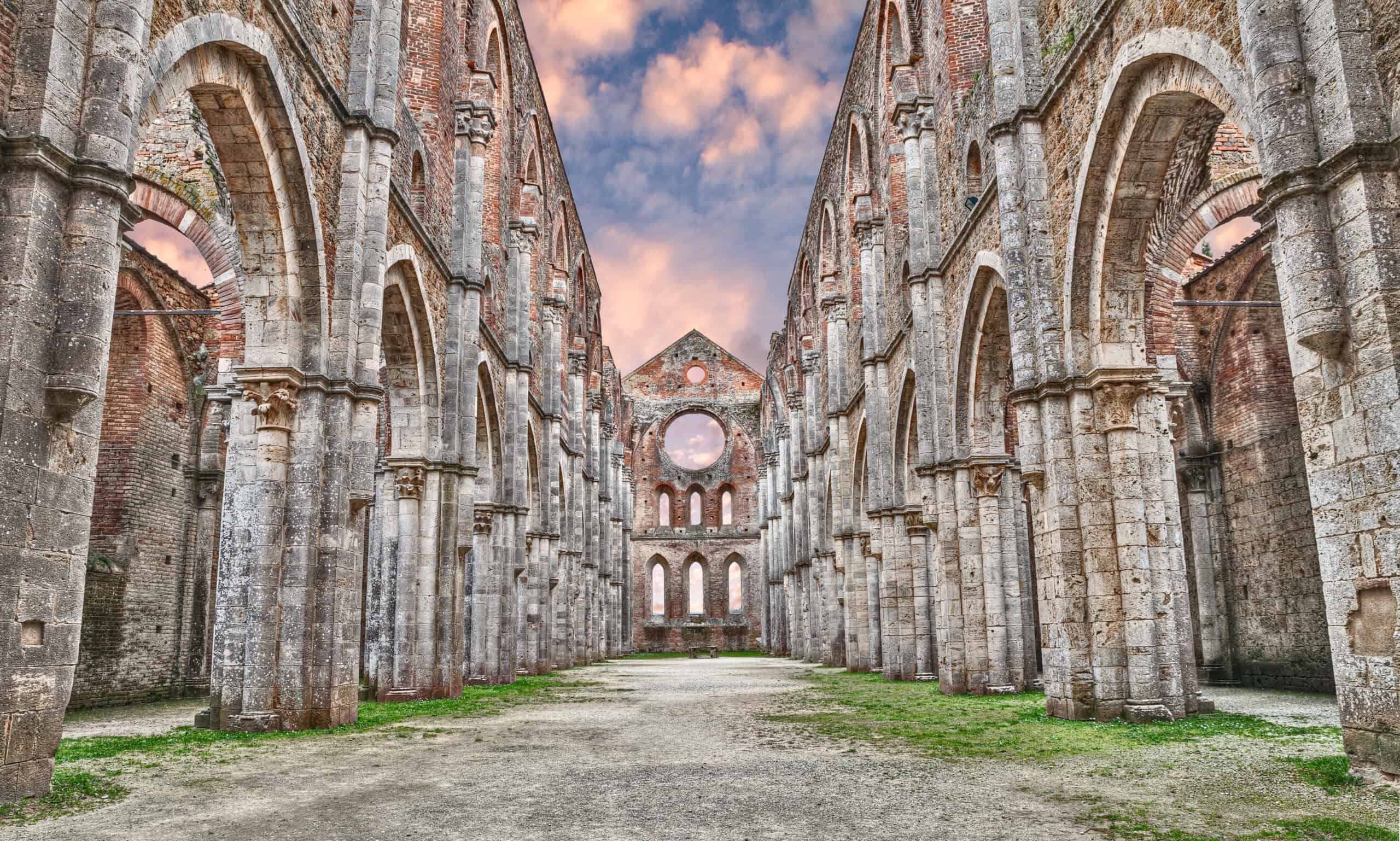 Just 45km south of Siena, Italy lay the haunting remains of a 13th-century Cistercian Monastery – the Abbey of San Galgano, built in honor of the legendary Tuscan saint Galgano Guidotti. Located in a field between the towns of Chiusdino and Monticiano, the abbey’s skeletal remains are an evocative reminder of the past, offering visitors a glimpse of monastic life and beautiful views of the surrounding Val d’Orcia valley. 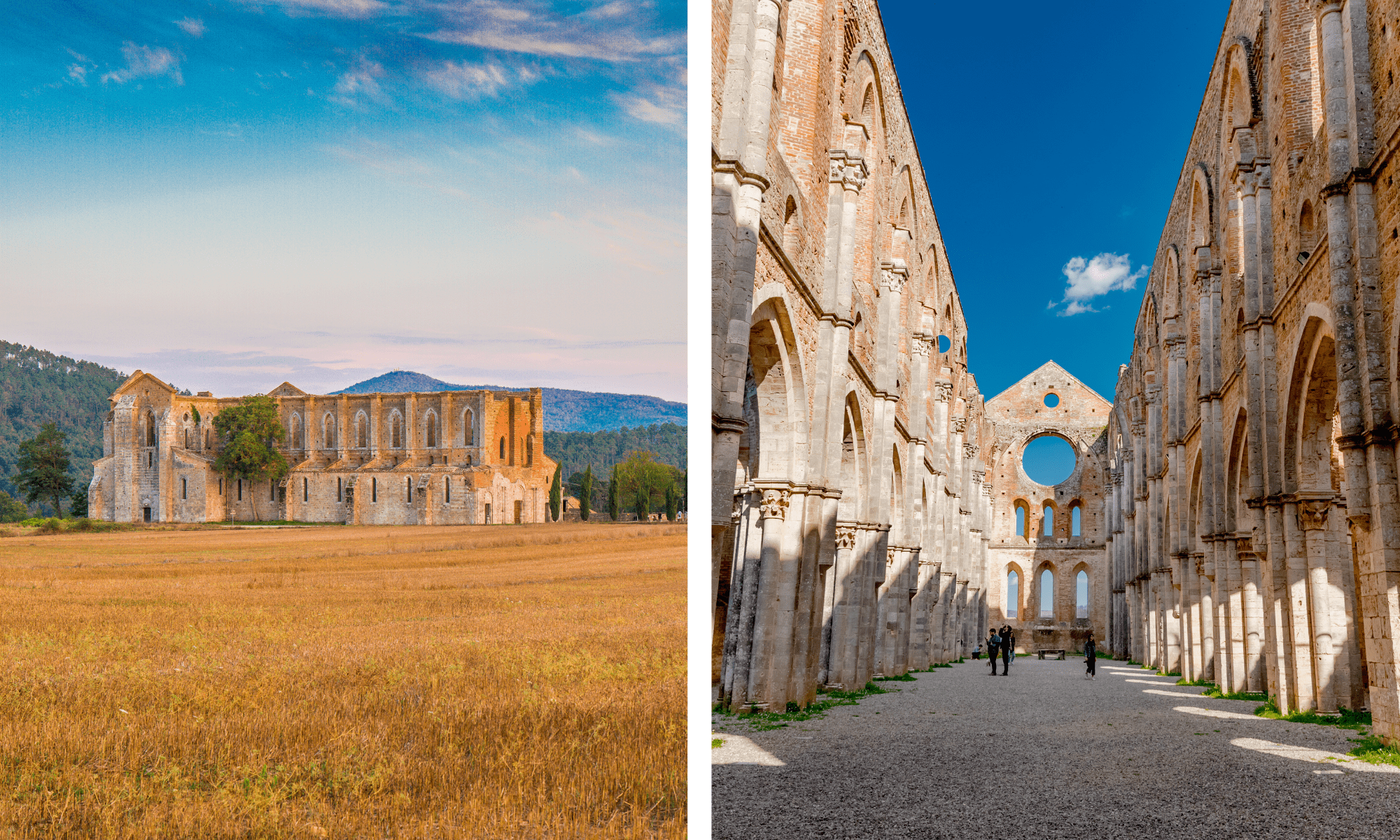 Founded in the 1200s, the Abbey of San Galgano enjoyed a prosperous early life but fell into disrepair in the late 1700s. Pillaged by mercenary troops in the 14th-century, the structure continued to decline and was eventually deconsecrated when the campanile fell and the roof caved in. The abbey was abandoned and never properly restored, though miraculously, the walls, central nave, and rose window remained intact. Considered one the finest Gothic structures in its day, the ghostly, roofless remains are testament to the abbey’s former magnificence. Set against a backdrop of cypress trees, rolling green hills, and the chalk plains of Val d’Orcia, the ruins of San Galgano are one of the most arresting sights in all of Tuscany. Unsurprisingly, it is also a popular wedding destination! 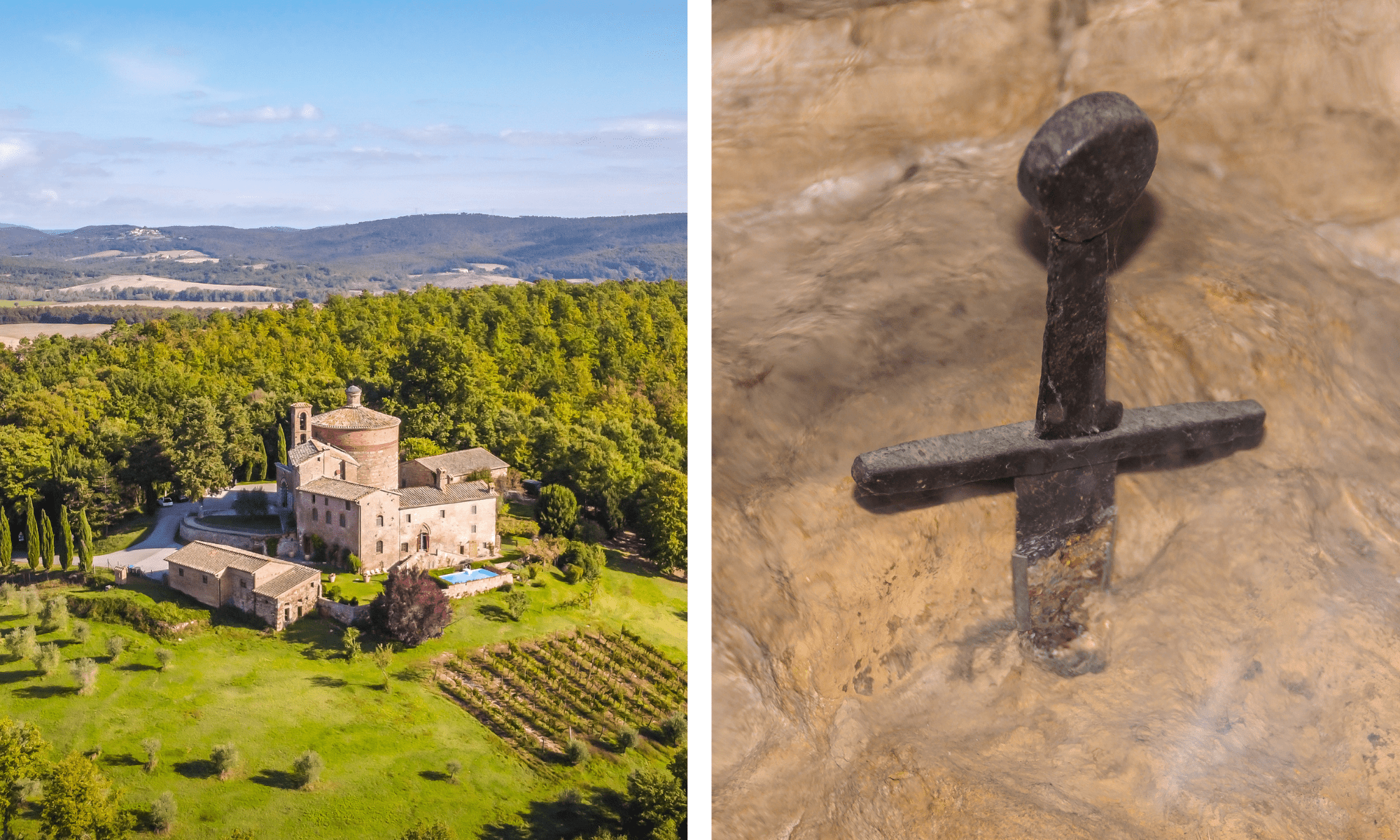 On a hill above the ruins sits the Cappella di Monte Siepi, a Romanesque chapel dedicated to Saint Galgano Guidotti. It is here that history and legend intertwine – in the middle of the chapel is a sword embedded in rock. According to legend, Galgano Guidotti drove the sword into the stone when he renounced his worldly desires and chose to live as a hermit. This is the very sword that may have inspired the Arthurian legend of Excalibur, the fabled “Sword in the Stone” that, in keeping with the lore, can only be removed by the rightful king of Britain. Galgano Guidotti’s sword draws many visitors to the chapel, eager to see the legendary relic (at present encased in plexiglass). For legend-seekers and fans of The Knights of the Round Table, Galgano Guidotti’s sword is the ultimate find! 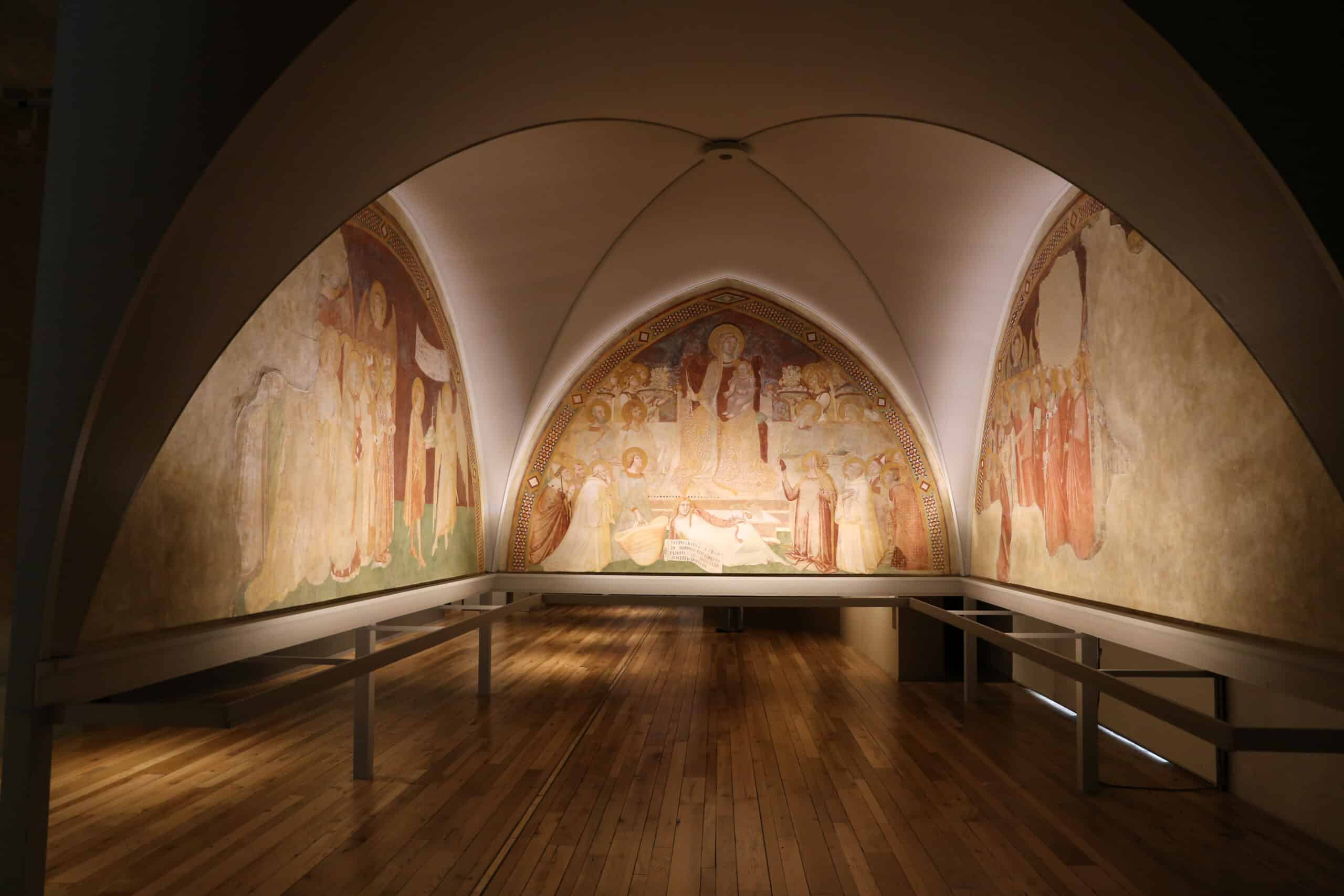 Beyond the abbey ruins and the Tuscan “sword in the stone,” there is much to explore. A room adjacent to the chapel features a fantastic 14th-century fresco cycle by Sienese master Ambrogio Lorenzetti, depicting scenes from Galgano Guidotti’s life. The site also features a small souvenir store and herbal shop, and in the nearby town of Chiusdino (the birthplace of Galgano Guidotti) is the Museo Civico e Diocesano d’Arte Sacra di San Galgano, a museum full of beautiful works of sacred art. 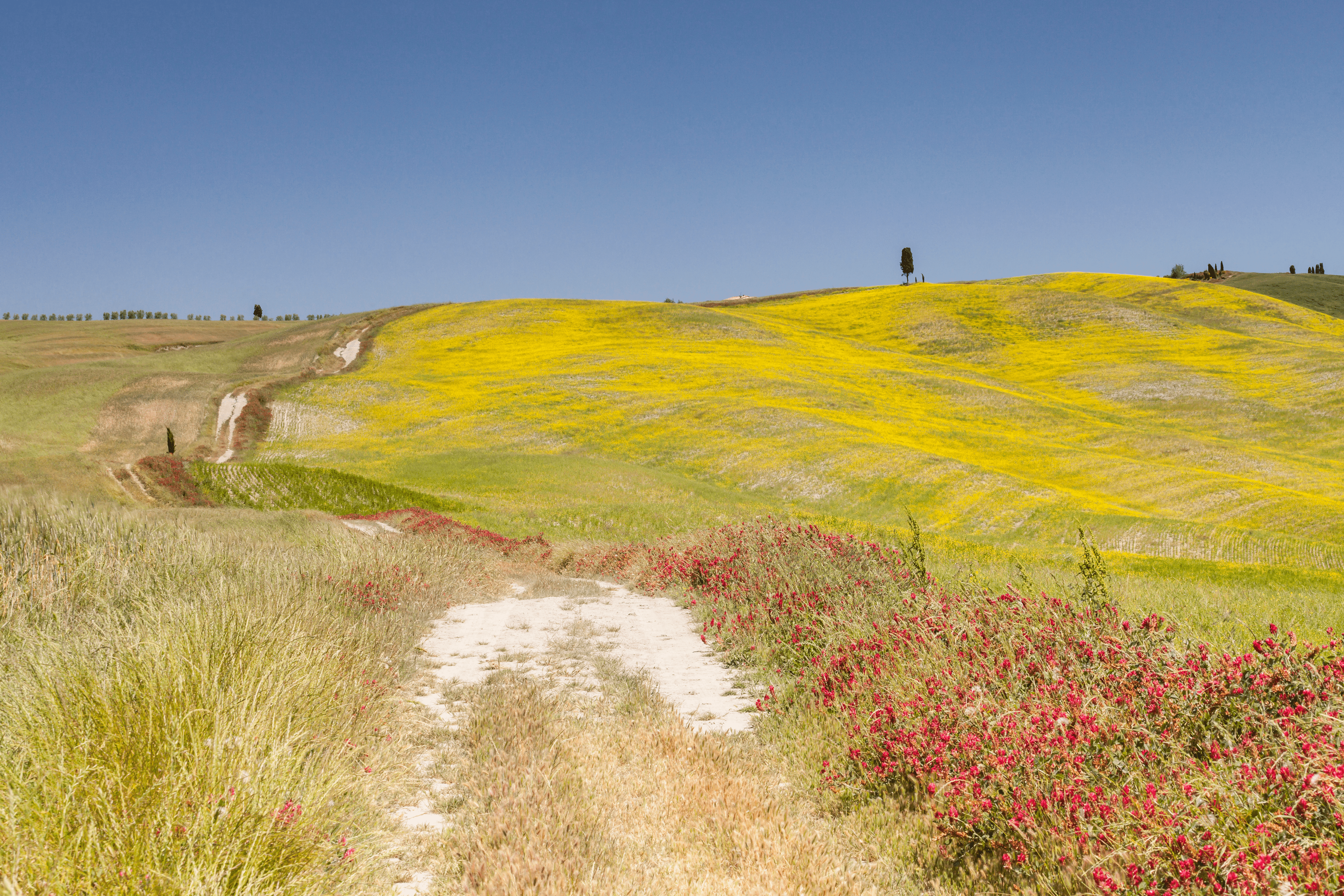 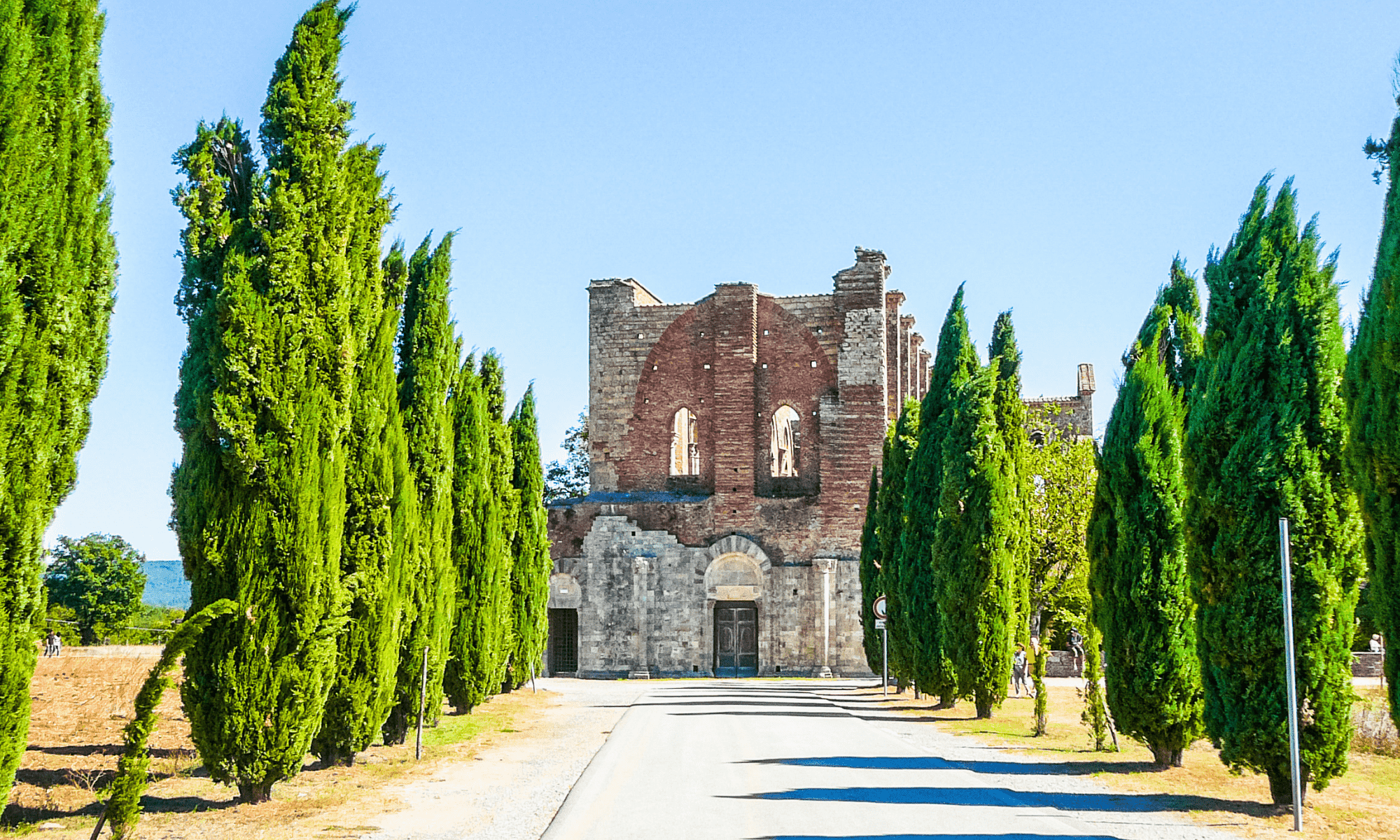 The Abbey of San Galgano’s mystic atmosphere and striking beauty make it a popular weekend destination for locals, and for tourists, it’s a perfect day trip from Siena. Come during early July or mid-August to experience the Festival di San Galgano, when the entire site is transformed into an open-air venue for spectacular concerts and opera performances. 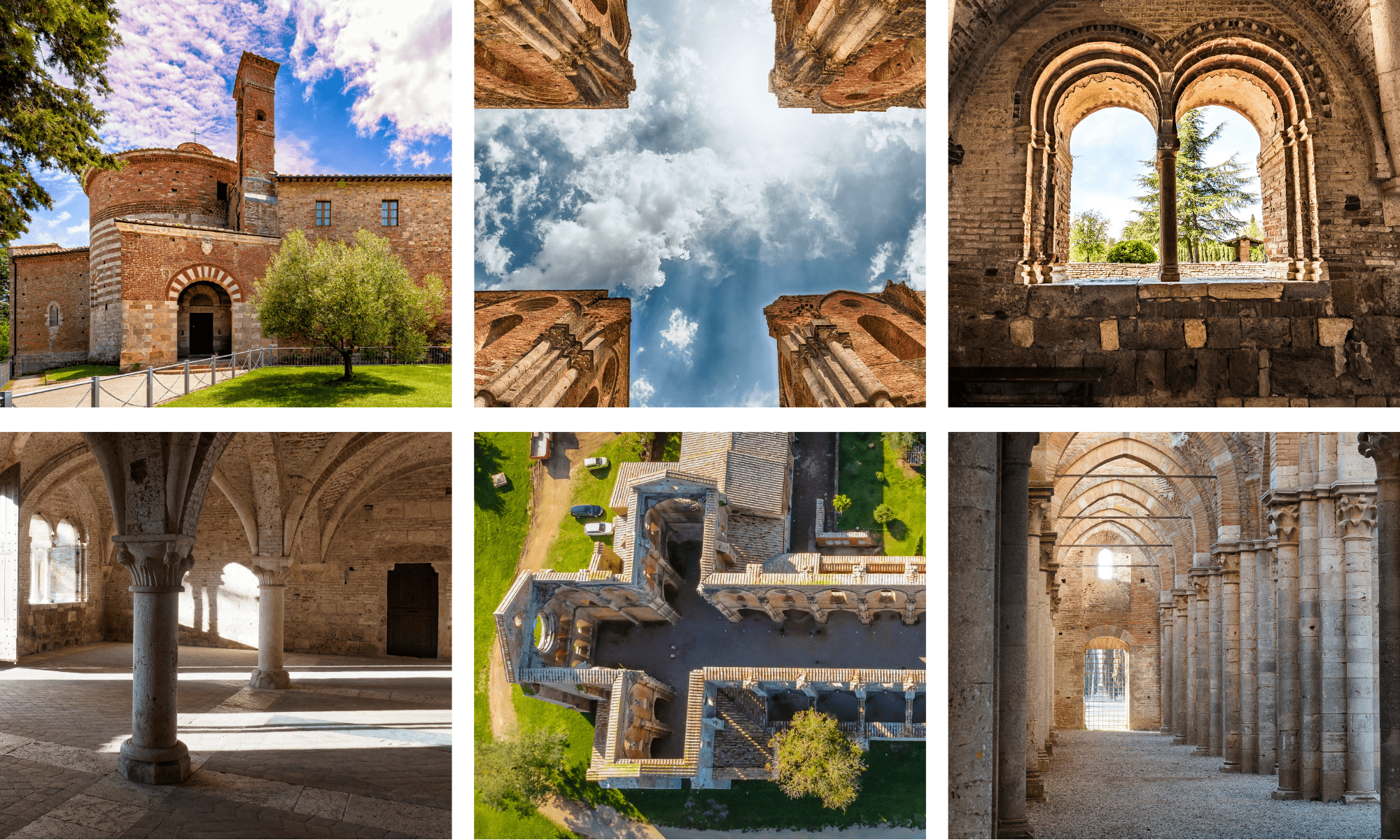 The Northern Renaissance: An Instagrammer’s Nightmare