“Cheer up, there’s dirt in the piazza!”

Although much of the nuance is lost in translation (“Coraggio, c’è terra in piazza!”), this expression best embodies what the Palio means for the Sienese. That no matter the gravity of one’s predicament, ailment or loss, if there is dirt in the piazza – ie. clay covering the outer perimeter of Siena’s central square, the Piazza del Campo – then it is Palio time. (see below) And if it is Palio time, then the possibility of winning the race, or of watching one’s enemy contrada lose it, dramatically outweighs any mundane personal, familial or professional issues. As I wrote in my last blog winning the Palio is the single most important achievement in the life of every Sienese citizen.

Approximately one week before each of the two races, which are held on July 2 and August 16 respectively, wooden bleacher seats are erected around nearly the entire circumference of the Piazza del Campo. Tons of clay ground are then transported to cover the grey-flagstone-perimeter of the square. In the blink of an eye, the most beautiful medieval urban space in Italy is transformed into racetrack. As the piazza transforms, so too does its surrounding city, as palpable anticipation and excitement build up to a series of climactic moments.

The first of these moments occurs four days before each race, on June 30 and August 13 respectively, when the Fates play their part in this better-than-Shakespearean drama when the racehorses are assigned by lottery to the competing contrade. The actual process of assigning the horses by sortition involves:

As the sortition unfolds in the jammed-to-beyond-capacity piazza, you can hear the flutter of a hummingbird’s wings from a mile away. Such is the degree of anticipation in the hopes of being assigned a fast horse and the terror of being assigned a slow one. Of course, the perfect scenario is being assigned a good horse and having one’s enemy contrada assigned a bad one. Vice versa, a slow, violent death is preferable to being assigned a bad horse while watching your enemy contrada return home with the favorite to win the race.
One by one all 10 horses are assigned, and to each match, the crowd reacts with cheers, jeers and tears as the quality of an assigned horse either inflates hopes further or simply dashes them to bits. And as the horses are collected by the respective barbaresco, or horse groom, of a contrada and brought back to the five-star stalls of their neighborhoods, the next critical phase begins – hiring a fantino, or jockey.

A majority of the fantini are Sardi (from the Italian island of Sardegna) or Tuscan, and also race for other horseracing circuits in Italy and Europe. The cost of a fantino is based on his reputation and record of success. Those who have won many races are seen as nothing less than demi-gods, and demand Olympian honorariums. The choice of a fantino largely reflects the quality of the horse assigned to a contrada or to its rival. In other words, if a contrada is assigned a fast horse, it will try its utmost and spare no expense in securing a more able jockey. The same holds true if one’s rival contrada is assigned a fast horse so that securing the most able jockey will prevent one’s enemy from doing so – even if one’s own horse is mediocre. If neither a contrada nor its rival is assigned a strong horse, then it is senseless to spend lavishly on a particularly strong jockey. The money is best saved for a future Palio when fate assigns the contrada a better horse. On the very afternoon that the horses are assigned, the contracted jockey arrives to Siena on foot and is greeted by the capitano of the contrada at the nearest city gate. His reception will be enthusiastic if a hopeful contrada was able to assemble that perfect combination of strong horse and fantino; neutral if a contrada does not feel particularly optimistic about winning; or downright hostile if an enemy contrada possess a strong horse/rider combination. In order to familiarize the fantini and the horses, six trial races are run in the following sequence:

After all the drama of transforming a medieval piazza into a racetrack, assigning horses, hiring jockeys and running trial races – in addition to eating, drinking and praying oneself into oblivion – the day of the Palio finally arrives. Every July 2 the daily schedule runs as follows:

That is a full ten hours of pageantry, prayer, parading! For a race that lasts approximately 90 seconds!!!!!

The religious invocations, the ubiquitous beating of drums throughout the city, the slow ceremonial pace of the procession, and the constant singing of the contradaiouli are all part of a social phenomenon that is nothing less than a nearly trance-inducing-primordial-tribal ritual. And then suddenly the spell is broken by a deafening mortar explosion and white flags flying on the Palazzo Pubblico to signal the entry of the horses onto the racetrack. The roar of the crowd shakes the walls of the medieval palazzi surrounding the piazza, as the horses approach the mossa (or “starting line”) and wait to discover the order in which they will be aligned at the start. Determined by secret lottery, the order of the horses – numbers 1-9 aligned next to each other within the ropes of the mossa while #10 is assigned the rincorsa or “running start” that ultimately determines when the race begins – is delivered to the mossiere, or “starting line judge”in a sealed envelope. As the horses are called to take their positions, the mossier tries to keep order. Getting ten very excited horses to line up next to each other is no easy task, and often times this process can take hours. While the jockeys are lining up, there is a heated exchange of bribes between them. Each jockey is authorized by his respective contrada employer to offer money to other jockeys for any number of reasons:

Jockeys whose sole objective is to prevent a contrada from winning are known as assassini and are usually compensated handsomely. Of course, while a jockey is offering bribes, he is also being offered bribes by other jockeys. In order to ascertain that a jockey is only obeying contrada instructions and not making personal deals, lip readers have become a standard presence by the mossa. And those jockeys who do throw races know to make careful escape preparations in order to avoid lynching after the race (I am not kidding). While all this is happening, very often rival jockeys trying not to give an opponent an edge will begin whipping an adjacent horse and/or jockey with his nerbo or “whip” which is made from a dried bull phallus. These nerbate or “rapid exchange of whipping blows” can get quite violent and often lead to the mossiere expelling all the horses and starting the alignment process from scratch.

Finally, when the horses seem to be maintaining orderly and stable positions, it is up to horse #10 to rush the cord, and if the mossier believes it is a clean start, he will drop the canape, or “starting rope,” … and they’re off!!!!!

My Kingdom for a Horse...that can win the Palio!!!!

Maybe We Should Call Him Léonardo De Vichy 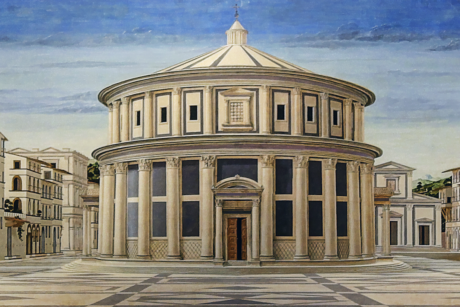 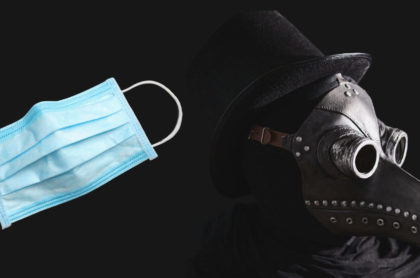 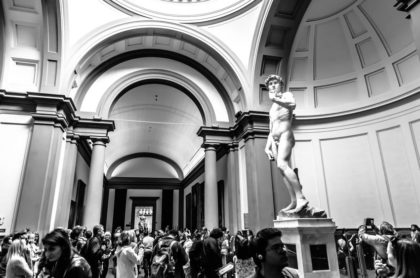