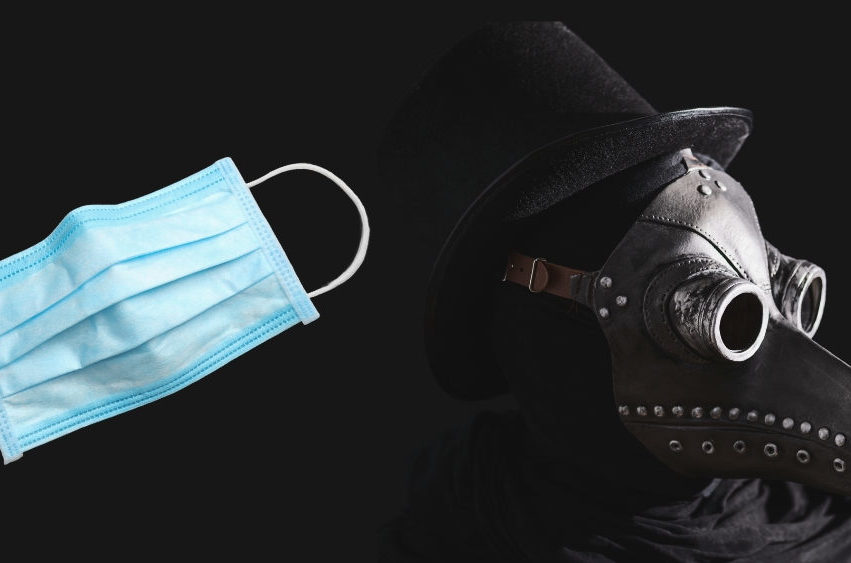 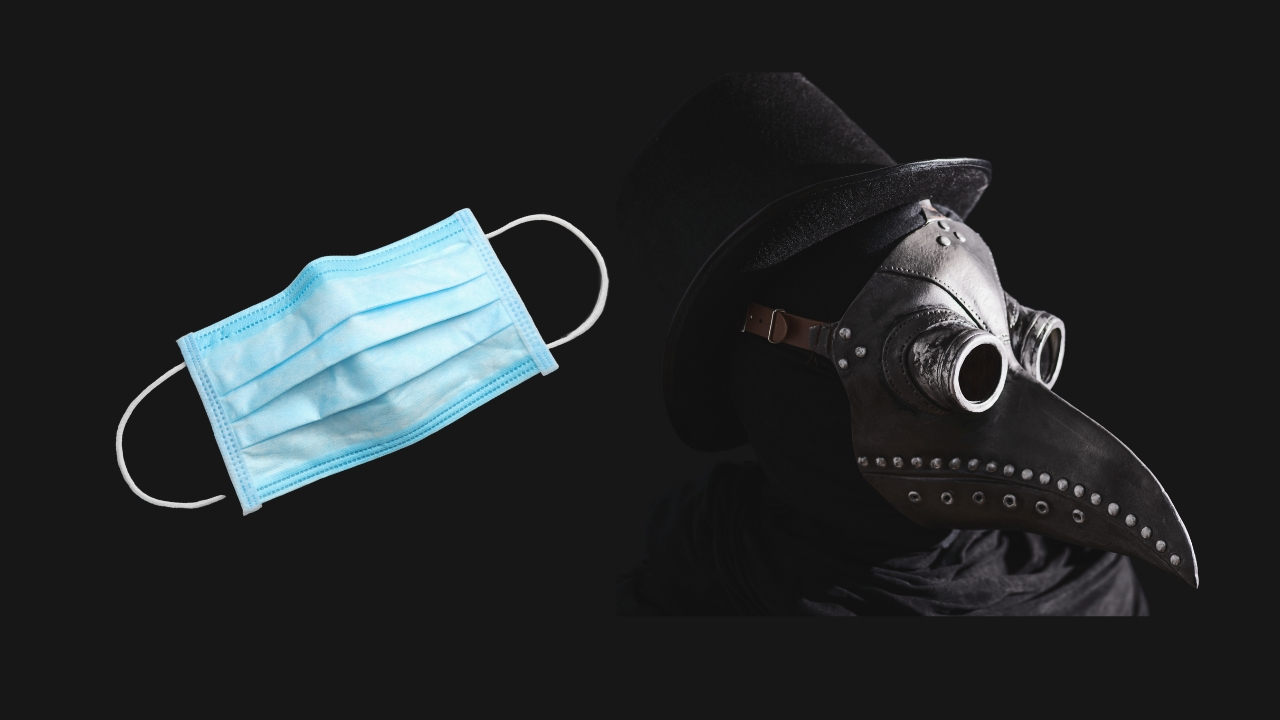 For years now, I have been using the frequent historical epidemics that originated in China as a way to illustrate to my students how things have changed very little over the last 700 years. That is, since the “Mother of All Plagues” – better known as the Black Death – tore through the known world with an insatiable infectious mortal hunger in 1348. The SARS coronavirus that originated in the Guangdong province of southern China took place in 2003-2004. Before that, it was Avian Influenza – better known as “Bird Flu” in 1997. Earlier still, we had the “Russian Flu” of 1977, the “Hong Kong Flu” of 1968 and the “Asian Flu” of 1957. Some have even recently suggested that the “Spanish Flu” of 1918, which was the greatest natural disaster in recorded human history, originated in China as well. Although the Spanish Flu killed a greater total number of people between 50-100 million globally, the Black Death killed a higher percentage of people – nearly 2/3. Not surprisingly, the Black Death originated near China as well, or more specifically, in Mongolia.

As we currently fight our war against the “invisible enemy” known as COVID-19, the parallels and similarities between the events that are happening today and those that occurred seven centuries ago are striking. Both pandemics originated in (or near) China and were propagated by a globalized economy. COVID-19 has been given free passage on planes, trains, automobiles, and cruise ships as travelers and merchandise move freely across the borders spreading the virus to some 200 countries throughout the world. Y-Pestis (which was the deadly bacterial strand carried in the intestinal tracts of fleas infecting people with the “Black Death”) traveled on foot, by camel and horseback, and by ship as merchants moved their goods from Asia to Europe. Whether goods moved into Europe from the south across the Indian Ocean into the Persian Gulf across the Arabian Peninsula to the Levantine coast and into the Mediterranean Sea; or through Northern China, Central Asia and then the trading entrepôts along the Northern Black Sea where ships then sailed through the Bosporus into the Aegean and finally Mediterranean Seas, the flea-carrying Asian black rat had free passage to spread the disease like wildfire.

In fact, much like the infection-ridden cruise ships that we see today transporting coronavirus into our domestic ports, it was a group of Genoese trading vessels that brought the Black Death into western Europe through Sicily in late 1347. A fortified Genoese trading post in the town of Caffa (now Feodosia in Crimea) on the northern coast of the Black Sea was feuding with local Muslim residents. While the Muslims were laying siege to the Genoese fortification, the Black Death arrived and decimated the Muslim army. The Muslims compensated for their thinning ranks by taking the bodies of their plague victims and catapulting them over the walls of the Genoese fort, marking the first documented instance of germ warfare. Horrified by the rapidity with which the disease spread its mortality, the Genoese immediately set sail for Italy. After sailing past Constantinople and around the Peloponnesian peninsula, their first port of call was the town of Messina in Sicily, which became ground zero for the Black Death in western Europe. The Genoese ships were immediately put under quarantena, or “quarantine”. The practice of quarantine was actually invented in Venice when ships returning to the city during plagues were required to remain anchored in the lagoon with their crews on board for quaranta or “forty” days in order to prevent them from spreading plague. While the quarantine in Messina worked to keep sailors on board those Genoese ships, the plague-carrying rats that those Genoese ships carried immediately infested other vessels in the Sicilian port. Those boats, in turn, fled from Messina taking the disease with them and infecting many other European ports…What ensued was apocalyptic. 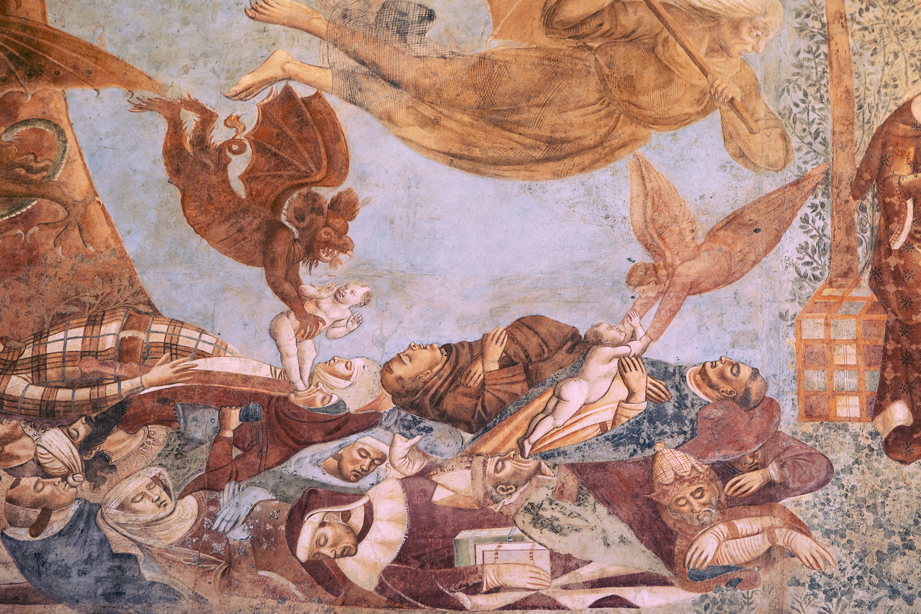 Italy’s largest cities suffered the greatest numbers of casualties. Venice, which was the largest city and richest city in Italy, with a population of nearly 150,000 people lost 60% of its population in 18 months. Florence lost around two-thirds of its c. 120,000 inhabitants. Genoa went from a city of 100,000 to a city of 60,000 residents. Siena followed the general trend with its population dwindling from 60,000 to 30,000 inhabitants, but equally remarkable is the fact that it would actually require seven centuries for Siena to get its population level back to 60,000, which is the current population of the city. And while today we complain about the discomfort of general social lockdowns, consider that in 14th-century Milan, residents affected by the plague were walled up within their homes – and without broadband internet to boot!!! Talk about enforcing the stay-home order! The measure actually proved effective as Milan enjoyed the lowest mortality rate in Italy at about 15%. In Paris, an average of 800 people died per day. A statistic that is not too different from the current daily number of COVID-19 fatalities in Europe. In one six-week period, Avignon, which was then the seat of the Papacy, saw 11,000 people die – a medieval version of what today we would define as a “hot spot.”

By 1351, the Black Death had run its course. Agents of Pope Clement VI calculated that the number of dead at 23,840,000 out of a pre-plague European population of c. 75,000,000. This would result in a 31% mortality rate (vs. the 0.8% – 5% – depending on who you believe – mortality rate of COVID-19). Moreover, fourteenth-century Europeans shared the same sense of impotency that we all feel today in the face of coronavirus. Writing his Decameron shortly after the Black Death, the Florentine author Giovanni Boccaccio described the plague thus: “it had originated some years earlier in the East, where it had claimed countless lives before it unhappily spread westward, growing in strength as it swept relentlessly on from one place to the next. In the face of the onrush, all the wisdom and ingenuity of man were unavailing.”

Fourteenth-century Europeans also reacted to the Black Death in the same ways that we are reacting to the coronavirus today. Boccaccio writes “Some people were of the opinion that a sober and abstemious mode of living considerably reduced the risk of infection. They therefore formed themselves into groups and lived in isolation from everyone else. They […] entertained themselves with music and whatever other amusements they were able to devise” These sensible people of course correspond to those of us today who have taken it upon ourselves to follow CDC social distancing and self-isolation guidelines since the beginning of this mess and occupy our maddening idleness binge watching Netflix, obsessing about social media and writing historical blogs.

Of course, medieval Europe also had its equivalent to those knuckle-headed kids (and perhaps even more unforgiveable parents who allowed it) partying in Florida and Mexico during spring break. Boccaccio writes “Others took the opposite view, and maintained that an infallible way of warding off this appalling evil was to drink heavily, enjoy life to the full, go round singing and merrymaking, gratify all of one’s cravings whenever the opportunity offered, and shrug the whole thing off as one enormous …JOKE.” Sorry, I almost wrote the word HOAX…

Then there were the people in the middle, who employed half measures. Boccaccio writes “Instead of incarcerating themselves, these people moved about freely, holding in their hands a posy of flowers, or fragrant herbs, or one of a wide range of spices, which they applied at frequent intervals to their nostrils thinking it an excellent idea to fortify the brain with smells of that particular sort.” (Yes, if you are wondering, the “pocket full of posies” in the famous bone-chilling nursery rhyme refers exactly to this practice.) These are the people today that imagine that constant use of hand sanitizer and a face masks is sufficient protection for themselves and those around them. Once armed with these half-measure sanitary devices, they feel confident that activities such as a tennis matches, shopping trips, basketball games, dinner or quarantine parties, play dates, frequenting church or pilgrimages to admire cherry blossoms in the metropolitan Washington, D.C, area are all perfectly safe. 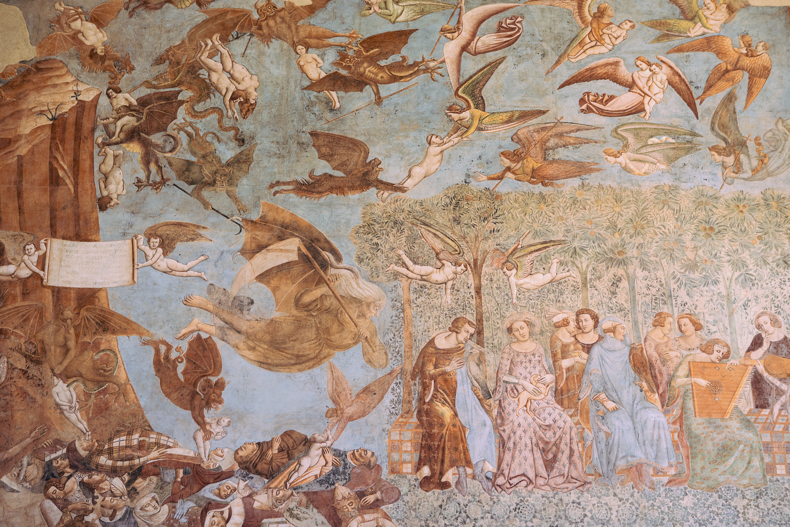 Despite any of the above measures, the Black Death killed without prejudice and without distinction. One of the phrases that I keep hearing on the news today is that coronavirus does not respect boundaries or borders. In that, the Black Death and COVID-19 are the same – they are both great equalizers, caring nothing for social class, race, religion, or profession, boundaries or borders – infecting all in their path, and killing many as well. What did the society that emerged from the Black Death look like? Stay tuned for the second part of this blog to find out.