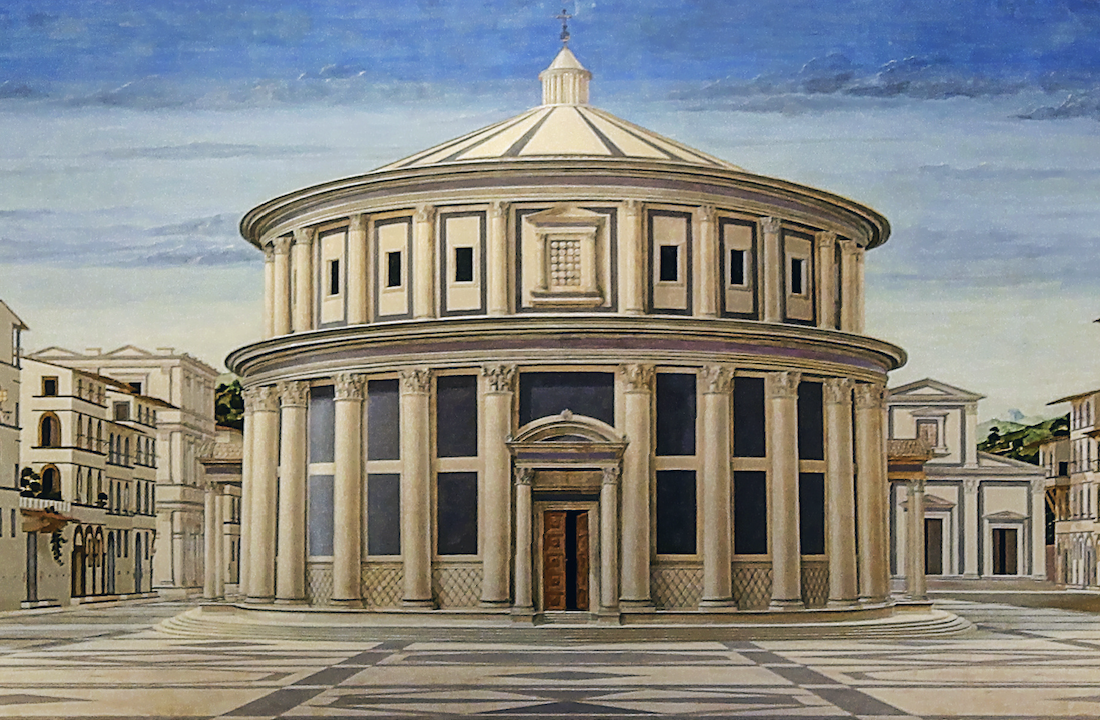 When the German philosopher Friedrich Nietzsche wrote, “That which does not kill me makes me stronger” in 1888, I am fairly certain that he did not necessarily have microbiology or virology in mind. Yet, his Darwinian idiom was very much proven true by the Black Death of 1348 and hopefully will be proven true again by the current coronavirus pandemic of 2019/2020. A majority of the decimated European population that survived the Black Death, which, for all intents and purposes, had run its course by 1351, would be clinically defined as suffering from PTSD. There was a collective sense of both shock and survivors’ guilt amongst those one to two out of every three persons who had survived the “mother of all plagues.” Moreover, while today we complain about our months’ long stay home orders infringing upon our God-given right to do whatever the hell we please – including killing ourselves and others – 14th-century Europeans had to deal with the apocalyptic Black Death for a full three years.

Not surprisingly, there was a general existential pessimism that permeated post-Black Death European society, which was probably nowhere better expressed than in art. While pre-plague art had a tendency to be warm and sympathetic, particularly in the revolutionary painting of Giotto, post -plague art had a tendency to be obsessed with pain, suffering and images of death. Death is the most extreme form of violence, and to have witnessed death on an almost immeasurable scale could not but have left a certain sadistic scar on the collective psyche of survivors. The style of post-plague art also moved away from naturalizing and humanizing qualities towards a new emphasis on supernatural mysticism. Moreover, a general new-found sense of cynicism emerged in the common societal perception of the time, as expressed, for instance, in Giovanni Boccaccio’s Decameron, which I cited in part I of this blog. Considering that a majority of modern western films are about zombies and/or super-heroes, and the popularity of the Ellen Show, I think we have had supernatural mysticism and cynicism covered for quite some time.

The medieval European society that emerged from the Black Death was radically different from the one that preceded it, as its social strata came undone. Europe’s aristocracy underwent a major crisis, as the plague did not honor social class, and the mortality amongst nobles was the same as amongst the general population. One of the consequences was the inheritance system breaking down. In England, 75% of aristocratic families failed to produce male heirs for over two generations following the Black Death. This crash also caused a major European banking crisis. Europe’s largest bank, which belonged to Florentine family named Bardi, collapsed due to English King Edward III defaulting on a massive loan because most of his subjects had died during the plague. Unfortunately for the Bardi, there was no Fed to bail them out!! The prestige of the established “old” aristocracy was also undermined by the rising nouveau riche. In fact, it was right around this time that the tradition of the ceremonial joust emerged in order to help the “old” aristocracy preserve its chivalric identity (which is what my kids’ distance learning experience kind of feels like. Ah, the good old days of in-school schooling!)

Alongside the “noble crisis”, was an ecclesiastical one. The authority of the church and its clergy was completely undermined not only by its lack of immunity to the plague, but also because of their impotency in assisting the faithful avert what priests defined as divine punishment for iniquity. Already in pre-Black Death society, artists such as Dante and Giotto had included clergy in their literary and visual representations of hell, expressing the generally accepted aphorism of “The habit does not make the monk”. But after having witnessed the absolute helplessness of the church in the face of the Black Death, a new sense of individual worth emerged amongst survivors. Many scholars believe that this new-found individualism may have laid the seeds for “Renaissance thought” in the subsequent century.

Surprisingly, there were certain people who did benefit from the Black Death, and no it was not the owners of Amazon, Walmart or Zoom. It was Europe’s peasant class (Don’t tell Bernie!!!). The Black Death ended the subsistence crisis, as land lost value, prices dropped (like oil today), and wages increased. Peasants and workers earned much more because of the scarceness of physical labor. Empowered by their new social and economic worth, three major peasant revolts occurred during the half-century after the Black Death – the Jacquerie Revolt in France in 1358, the Ciompi Revolt in Florence in 1378, and the English Peasants’ Revolt in England in 1381 – all of which were fighting for socialized health care! Just kidding Bernie!

The Black Death also marked the beginnings of modern medicine. European society began to move away from the more theoretical approach that was largely based on the ancient writings of Hippocrates and Galen and practiced by an exclusive caste, which also included clergy. These “physicians” were usually trained in the liberal arts (I wish our own doctors were) and diagnosed patients by trying to determine the balance between their bodily humors – blood, phlegm, yellow and black bile – by simply observing them. The Black Death exposed the ineffectiveness of such a system, and a more “hands-on” philosophy was born and practiced by surgeons and barber-surgeons (yikes!) This new “intrinsic” style of medicine was taught at the six major medical schools that had emerged in Europe by the end of the 14th Century at Salerno, Padua, and Bologna in Italy, Montpellier and Paris in France, and Oxford in England.

Those who survived the Black Death saw life as fleeting, and although they still kept an eye on the afterlife, were now also very much concerned with their time on earth. Why constantly fret with piety and humility when it could all end so quickly? Life – however little there was of it – should be enjoyed, and we should all strive to leave our mark on history. Many scholars (including this one) believe that the period known as the Renaissance emerged directly from the ashes of the Black Death. Ultimately, the society that survived the Black Death was battered and bruised, but alive, and therefore, according to Nietzschean philosophy, stronger. Hopefully, the same will be said of our own society.