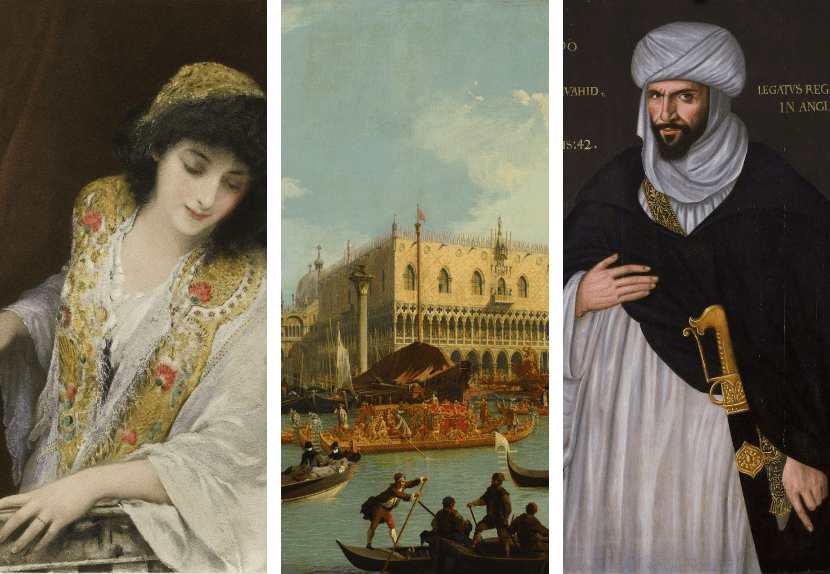 “Queen of the Adriatic,” “The Most Serene Republic (la Serenissima)”, “City of Water,” “The Floating City,” “City of Bridges”: Venice goes by all these names and more, including “City of Masks,” an especially appropriate one for the focus of our course.  During the late medieval and early modern period (14th through 18th centuries), Venice was not only Europe’s most cosmopolitan city, but also its favorite Playground, in every sense. Renowned for its stable, long-standing form of republican government, its land and sea empire, and its economic vigor as “the common and general market to the whole world,” Venice also fascinated and sometimes troubled northern Europeans as a site of gambling, luxurious hedonism, prostitution and sexual tourism, as well as spectacular festivities, pageants, processions, musical concerts, and theatrical entertainments of all kinds. Its complex blend of the real and the imaginary, of natural-artistic beauty and grace with potential moral and physical corruption, gave this unique urban center an almost irresistible allure.  Leading English playwrights like William Shakespeare and Ben Jonson could count on their audiences’ desire to glimpse versions of the Reality and Myth of Venice acted out on London stages.  Thus a particularly Venetian quality marks Shakespeare’s use of Italian plots, tropes, character types, and cultural connotations in The Merchant of Venice and Othello, both of which hinge on clashing perceptions and treatments of minority outsiders by a sometimes tolerant, sometimes discriminatory host society. By comparing these two highly provocative dramas with Jonson’s hilarious and zestily satiric Volpone—produced one year after Othello, and likewise as compelling to audiences today as it was over 400 years ago—we will be able to deepen our understanding of how they achieve their complex, challenging theatrical dynamism through the lively contrasts and rich variety of their Venetian style and atmosphere.  In short, we will recognize how Venice becomes a kind of superstar performer in these exceptionally brilliant plays.

A special feature of the course is the opportunity to imagine and propose specific ways for bringing these classic Italian style plays from the page to the stage. Participants will be encouraged to approach them as inter-active scripts that pose challenging questions and invite a wide variety of interpretations, precisely because of their creative, often volatile, and always stimulating mix of English and “made in Italy” qualities.

LECTURE 1 – WEDNESDAY OCTOBER 11, 2023
“Venice, Supreme City of Wealth, Glamour, and Intrigue, with a Dynamic Diva and Two Pantaloni: The Merchant of Venice”

“Which is the merchant here, and which the Jew?”, asks Portia, cross-dressed as the legal expert Balthazar, soon after she/”he” arrives at the courtroom presided over by the Doge of Venice himself. Her question implies that the play’s title character Antonio and his opponent Shylock are as similar as they are different: as we will study and discuss, their similarities can be instructively linked to the famously Venetian maschera, or character type, of the “commedia dell’arte” Pantalone. As is often the case with Pantalone, these two competitive, wealthy, and aging businessmen lose the person they most love to someone much younger.  In Antonio’s case, the younger rival is Portia herself, who strongly recalls the “Prima Donna” actress-divas of the Italian commedia with her exceptionally versatile qualities as rich young heiress, fairytale princess, Medea-like sorceress, trans-gendered trickster, and eloquently improvising public speaker. Focusing on Portia and her faithful friend and trusted accomplice Nerissa, along with the other cross-dressing and self-transforming female character Jessica, we will consider how these three women represent Venice and its world.  To assist and sharpen our ideas and interpretations, we will look at excerpts from recent cinematic and theatre adaptations, including the film, shot on location, with Al Pacino as Shylock and Lynn Collins as Portia, and the 2015-16 Shakespeare’s Globe live production. 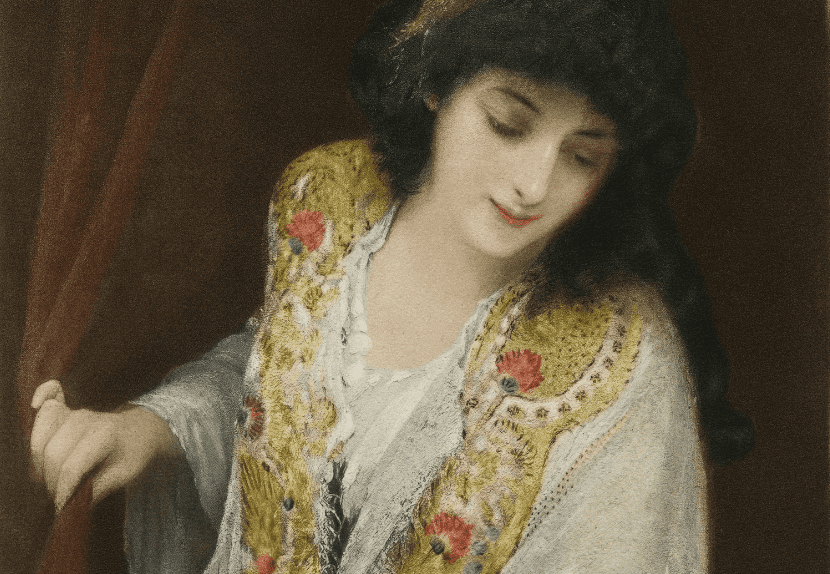 LECTURE 2 – WEDNESDAY OCTOBER 18, 2023
“Venetian Acceptance and Love of Diversity vs. Hate and Racist Prejudice: The Tragedy of Othello, the Moor of Venice”

This play, based on an Italian short story, is so famous that it hardly needs any introduction, but what still can come as a surprise is its portrayal of a Venice that generally accepts and supports a North African of dark complexion and non-Christian background, with the one hideous exception of Iago. The mask of Pantalone returns as the Venetian senator Brabantio, father of the bold, charismatic, and much-courted Desdemona, who unlike her Prima Donna counterpart Portia does not disparage a suitor from Morocco but instead falls in love and elopes with him.  Desdemona is enchanted by the formerly enslaved Othello’s tales of travel, battles, and adventures, to the point where her “heart’s subdued even to the very quality of my lord,” having “wished that heaven had made her such a man.”  In other words, this native Venetian woman’s identification with the Moorish outsider is deep and all-encompassing, and together as a united couple they successfully rebuke the charges of witchcraft and immorality brought against them, making Act One of the play, entirely set in Venice, a comedy with a happy ending.  Unfortunately for their story, the play has four more acts, set in the Venetian garrison on the island of Cyprus, where Iago’s deceptive plotting and racist as well as misogynist poison do their destructive work. Again, we will focus on the specifically Venetian aspects of the play, assisted by watching and discussing clips from several recent stage and screen productions. 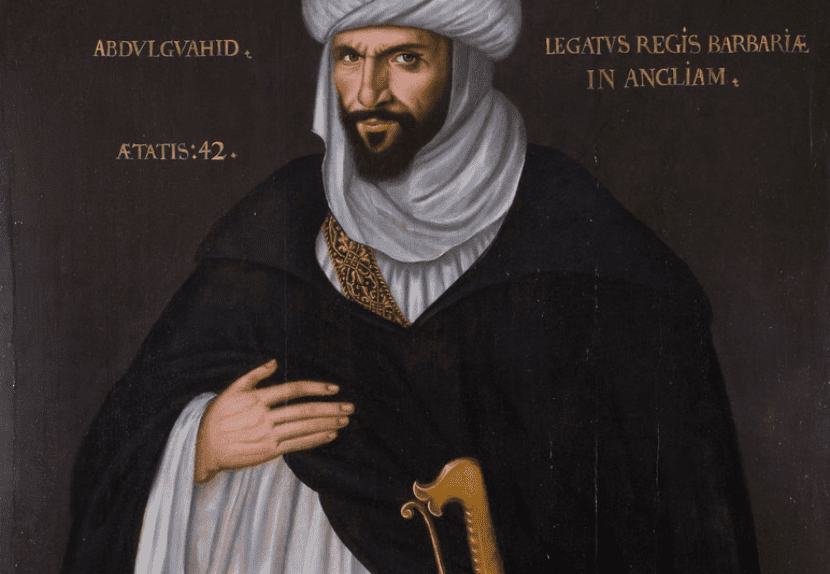 LECTURE 3 – WEDNESDAY OCTOBER 25, 2023
“In Renaissance Venice, Greed is Fun, Festive, and Energetic… but Is It Good?!: Ben Jonson, Volpone”

The Tragedy of Othello ends in a bed, and the comedy of Volpone, or The Fox begins in one, back in Venice.  We are invited to imagine ourselves inside a sumptuous palazzo, where an aging and fabulously wealthy “Magnifico,” as much for fun as for profit, pretends to be dying and ready to choose his heir among a pack of gift-giving but self-interested, scavenging, and insatiably greedy Venetians, likened to a crow, raven, and vulture. Several English characters, early practitioners of the Grand Tour of Italy, also enter the scene, which changes to an “obscure nook” of the Piazza San Marco. Here Volpone disguises himself as a mountebank, and like a quack Dottore of the “commedia dell’arte” hustles his “precious liquor” to an admiring crowd, until the insanely jealous merchant Corvino interrupts the proceedings, aptly calling himself a Pantalone and casting his innocent wife as a promiscuous “Franciscina”.  More intriguing encounters and complications ensue, as Jonson takes us on a rollicking imaginary trip through Venice’s houses, courts, streets, piazze, and canals, filled with twists, turns, and an exciting climax that enables audiences to think deeply while they also laugh heartily. As we will discuss, a major facet of Jonson’s theatrical portrait of Venice is the reflecting link between the opulent “floating” city of Palladio’s glittering façades of Palladio, Titian’s sensual paintings, the courtesan poet Veronica Franco’s love lyrics, the erotic madrigals of Monteverdi, the lavish banquets of Carnival, private parties in gleamingly gilt gondolas, etc. and the booming, ambitious, and ever more commercialized early 17thcentury metropolis of London. Thus the superstar city of Venice, on the Globe stage not far from the Thames river, can be strangely familiar, a fantasy island filled with fun facts, and a still modern mirror of personal identities and social relationships lacerated by competitive, acquisitive, obsessive greed. And did I mention that this play is inventively smart as well as outrageously funny?! 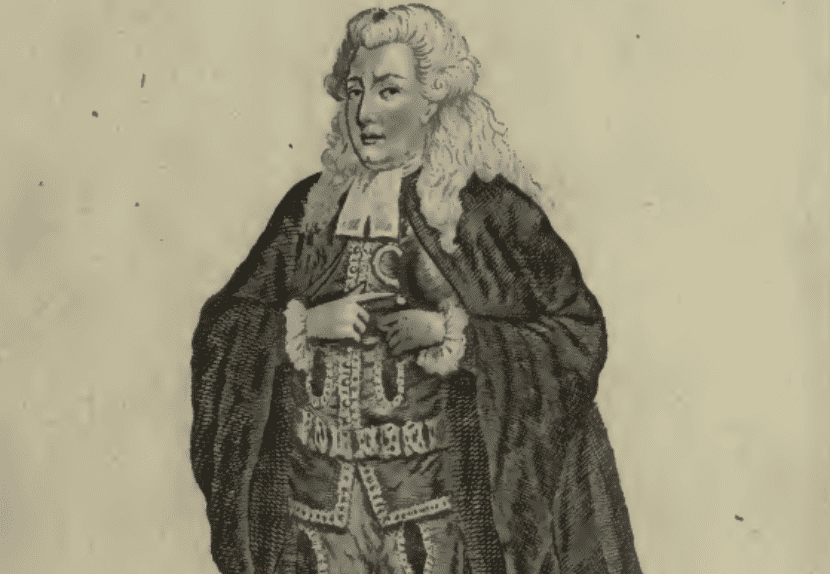 For the past twenty years, Eric Nicholson (Ph.D., Yale University) has been teaching courses in literature and theatre studies at Syracuse University Florence, and at New York University, Florence. At both these venues and elsewhere, he has also directed numerous productions of classic plays, among them Shakespeare’s A Midsummer Night’s Dream, Much Ado About Nothing, and The Tempest. Beyond lecturing, directing, and publishing widely in his field, Eric’s professional activity extends to acting, voice work, and public presentation: credits include Oberon in the Maggio Musicale Fiorentino production of Purcell’s Fairy Queen (Teatro Goldoni Florence, 2013), and Fool/Theseus in “Promised Endings: an Experimental Work-in-Progress based on Oedipus at Colonus and King Lear” (Verona, 2018). He is the narrator of the English video documentary for the Museo dell’Opera del Duomo, Firenze, and of English audio guides to museums in the Tuscan cities of Grosseto, and Massa Marittima. In full historical costume, he has appeared as Lorenzo the Magnificent, Leonardo da Vinci, and others in several live performance events, videos, and broadcasts, and most recently (2021) as Dante and Boccaccio for Rocky Ruggiero: Making Art and History Come to Life. 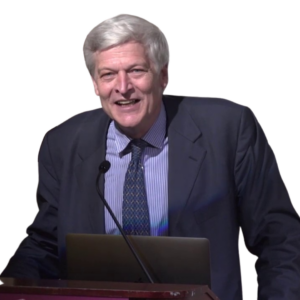