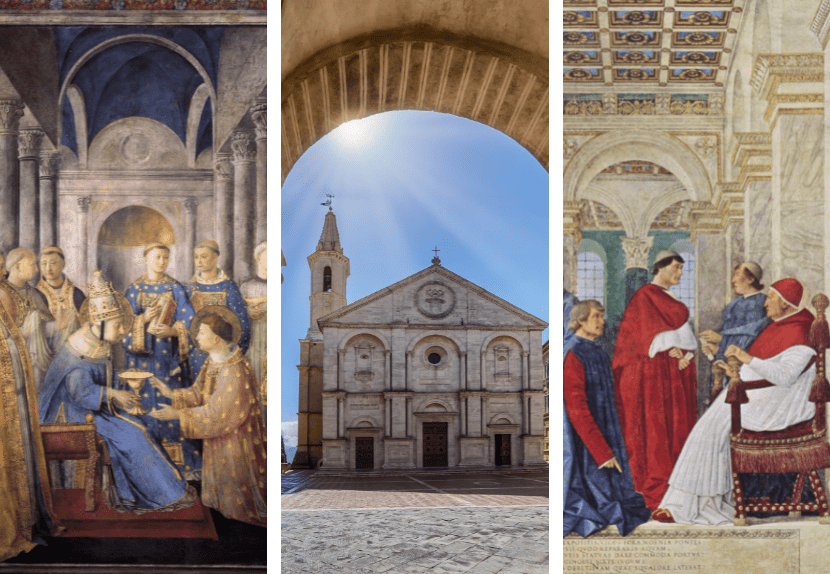 To purchase this course on a payment plan of two monthly installments, please click here.

This course will examine the reign and artistic patronage of four early Renaissance popes in the second half of the 15th century who played a critical role in transforming Rome into Europe’s leading cultural center. From Pope Nicholas V who established the Vatican as the seat of papal power, to Pope Pius II who introduced Humanism to the papal court, to Pope Sixtus IV who began to reassert the secular authority of the papacy, to Pope Alexander VI who, despite his less-than-morally-upstanding behavior, was able to further increase the geopolitical sphere of influence of the papacy, these four popes laid the foundation for Rome’s rebirth.

We shall explore the extraordinary art, architecture and history produced during the reign of these four popes to fully understand the roles of papal piety and patronage in Renaissance Rome.

In 1447, the Bishop of Bologna, Tommaso Parentucelli, was elected pope and took the name Nicholas V. His exposure to Humanism during the Council of Florence of 1439 inspired him to become one of the greatest theologians of his day and an avid bibliophile. As pope, Nicholas V was determined to rebuild the city of Rome and to transfer the seat of papal power from the Lateran complex to the Vatican. He began the construction of what today we call the Apostolic Palace and called the great Florentine priest-painter Fra Angelico to Rome to fresco the walls of his private papal chapel, known as the Niccoline Chapel. 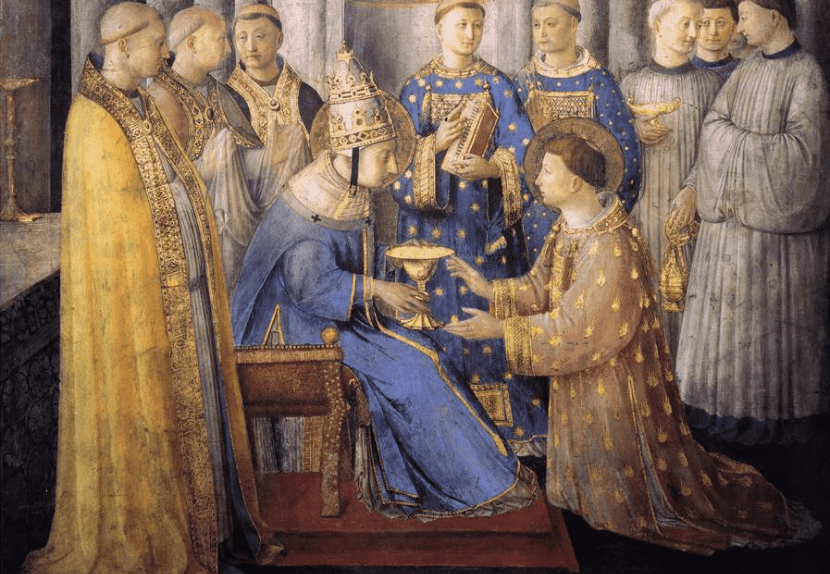 In 1459, Pope Pius II (Aeneas Silvius Piccolomini) transformed the provincial town of his birth, Corsignano, into an ideal Renaissance city and renamed it after himself – Pienza. His architect, Bernardo Rossellino, was a close follower of Leon Battista Alberti, and applied both medieval and classical architectural principles to his idealized urban design. This lecture will explore the history, patronage and architecture of this exquisite model of Renaissance urbanism, examining its many buildings and decorations and how they relate to each other. 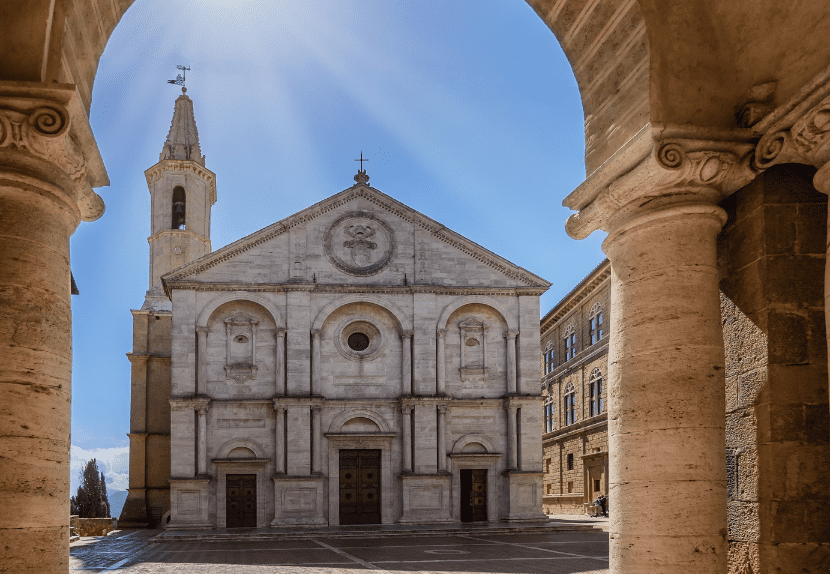 In 1473, Pope Sixtus IV (Francesco della Rovere) commissioned Baccio Pontelli to build the first bridge across the Tiber River since ancient Roman times and named it after himself – the Ponte Sisto. In the same year, he commissioned Pontelli to construct a new papal chapel and also named it after himself – the Sistine Chapel. Sixtus’ major urban reforms throughout Rome contributed greatly to the rebirth of the ancient city. But, perhaps his greatest artistic legacy as patron was the fresco decoration of the walls of the Sistine Chapel by a veritable all-star Team of late-15th- century artists such as Botticelli, Ghirlandaio, and Perugino. 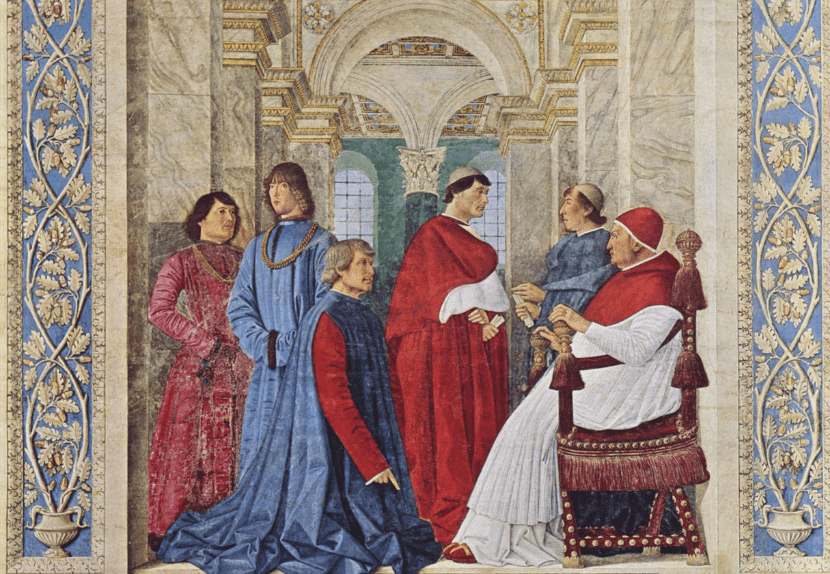 More than a decade before Raphael decorated the apartments of Pope Julius II, the Perugian painter Pinturicchio frescoed the apartments of Pope Alexander VI (Rodrigo Borgia) one floor below. Five of the six rooms were decorated in a complex iconographic scheme that in many ways prefigured the program of Raphael’s Stanze. For a pope best known for his immorality, ferociousness and nepotism, the sophisticated imagery of the paintings combines both Christian and classical subjects, and instead reveal a particularly enlightened patron who displayed discerning taste in employing one of Italy’s most celebrated painters to decorate his apartments. 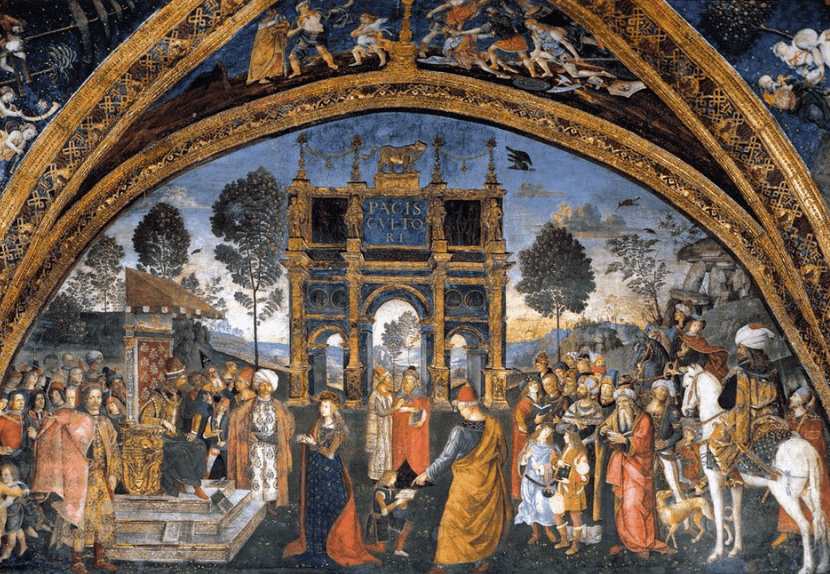