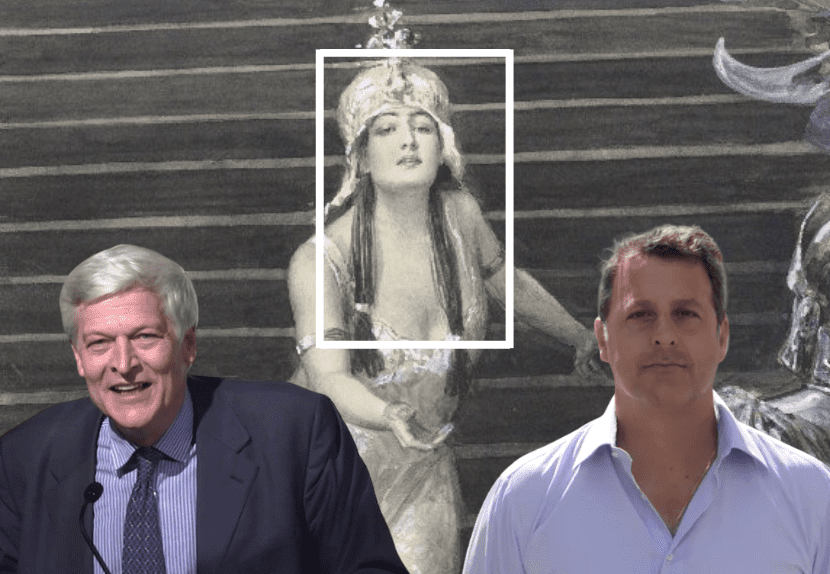 Just as there can be a thin line between love and hate, so too can several of Shakespeare’s best-known plays dance on the border between comedy and tragedy, thanks to the lively contrasts and dynamic energies of their Italian style.  The avant-garde Italian drama of Shakespeare’s time also enabled him to experiment with a third genre, called “tragicomedy,” during the final years of his exceptionally successful career.  In this special webinar, also a preview of my three-part seminar on “Shakespearean Tragedy and Tragicomedy, Italian Style” to be offered in January, I will focus on how Shakespeare’s theater can be called a “Made in Italy” one for a variety of reasons that shape contemporary performing arts, and still matter urgently today.
Being set in “fair Verona,” it’s only natural that Romeo and Juliet has Italianate qualities, but it may come as a surprise that several Italian theatrical versions of the story conclude with a happy ending and the accepted marriage of the title characters, rather than their double suicide. My webinar will make use of improvisation, custom-made masks and live performance samples—with a special guest appearance—to explain Shakespeare’s comic/tragic transformations of the dynamic “commedia dell’arte,” and his engagement with the key innovation of early modern European professional theater: the emergence of the actress-diva. These same developments are even more evident in Antony and Cleopatra, where the Egyptian queen has all the gifts of a versatile performer, and is a true “Diva,” the Italian word for “divine woman”: today’s theatrical-operatic term was already being used to praise the extraordinarily talented and charismatic female stars of the late Renaissance Italian stage.  Shakespeare’s Cleopatra self-consciously puts the divine in “diva,” by impersonating the goddess Isis, and steering the play towards an ending more tragicomic than fully tragic. Finally, the third featured play of the webinar, The Tempest, is a full-blown “marine pastoral tragicomedy,” a masterpiece of theatrical mash-up artistry with Italian characters, routines, and an envisioned sequel in Naples and Milan.  As Duke Prospero observes, we are such stuff as dreams are made on, but he also could remind us that his play is a delicious, multi-flavored banquet made from a mix of classic Italian recipes.

The webinar will include a 45-minute performance/lecture followed by 15-minutes of Q&A.

For the past twenty years, Eric Nicholson (Ph.D., Yale University) has been teaching courses in literature and theatre studies at Syracuse University Florence, and at New York University, Florence.  At both these venues and elsewhere, he has also directed numerous productions of classic plays, among them Shakespeare’s A Midsummer Night’s Dream, Much Ado About Nothing, and The Tempest. Beyond lecturing, directing, and publishing widely in his field, Eric’s professional activity extends to acting, voice work, and public presentation: credits include Oberon in the Maggio Musicale Fiorentino production of Purcell’s Fairy Queen (Teatro Goldoni Florence, 2013), and Fool/Theseus in “Promised Endings: an Experimental Work-in-Progress based on Oedipus at Colonus and King Lear” (Verona, 2018).  He is the narrator of the English video documentary for the Museo dell’Opera del Duomo, Firenze, and of English audio guides to museums in the Tuscan cities of Grosseto, and Massa Marittima.  In full historical costume, he has appeared as Lorenzo the Magnificent, Leonardo da Vinci, and others in several live performance events, videos, and broadcasts, and most recently (2021) as Dante and Boccaccio for Making Art and History Come to Life.  This past June, Eric led the Making Art and History Comed to Life seminar on “Shakespearean Comedy, Italian Style.”