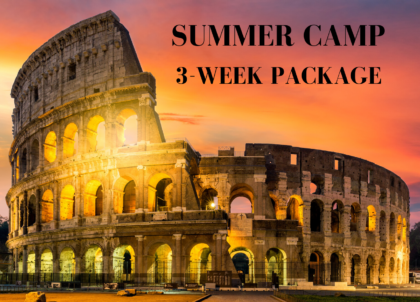 Looking for a fun way to get your kids interested in art and history? My virtual art history camp will have them coming back for more! Choose any number of the following week-long programs that focus on specific periods in Italian history. From the founding of Rome all the way through to the Renaissance and Baroque periods, Dr. Rocky will make art and history come to life! Whoever knew that learning could be so much fun!

Format:
– Meetings will consist of 40 minutes of presentation followed by 20 minutes of Q &A

– This is not your ordinary distance learning! Each day my campers will follow me on a journey into the past to meet historical celebrities, to learn about famous paintings, sculptures and buildings, and to discover one of the coolest cultures in the world.

– Teaching meets story telling meets time travel! My “story telling” presentations will use beautiful images to animate history and bring it to life!

– Campers will decipher secret codes on virtual scavenger hunts, create their own artwork inspired by Italian artists, explore the Colosseum and famous chapels, and each Friday we will have a Kahoot! game where campers can put their Jedi skills to the test!

– My campers get their medicine with a lot of sugar in it! I provide high-quality academic information in a fun and entertaining way. You’ll be having so much fun, you won’t even realize how much you are learning.

* CHOOSE ANY NUMBER OF THE ABOVE WEEK-LONG PROGRAMS.
WHEN REGISTERING, PLEASE INDICATE IN THE ADDITIONAL INFORMATION BOX OF YOUR CART, WHICH WEEK/S YOUR CHILD WILL BE PARTICIPATING IN

– Monday June 22, 2020: RAISED BY WOLVES: ROMULUS AND REMUS AND THE FOUNDING OF ROME
Set afloat on a river by their nasty uncle Numitor, the twin boys named Romulus and Remus were discovered by a wolf who raised them as their own. Learn how one of the boys would create a city that would one day rule the world! 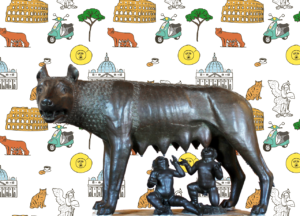 – Tuesday June 23, 2020: WHO WAS JULIUS CAESAR?
Everybody knows his name, but do they really know who he was or why he is so important? Learn how Julius Caesar turned the city of Rome into an empire. 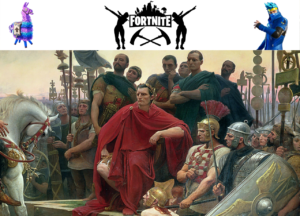 – Wednesday June 24, 2020: ARE YOU SURE YOU WANT TO BE A GLADIATOR?
It sounds like the coolest job in the world. You get to fight with all sorts of crazy weapons in front of thousands of people – sort of like WWE. But there was a lot more to being a gladiator than just being a celebrity. Learn what it took to survive in the Coliseum! 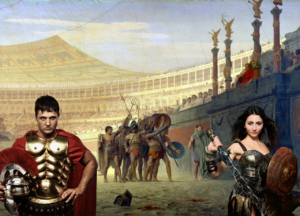 – Thursday June 25, 2020: SEARCHING FOR ST. PETER
St. Peter was the first pope. 2,000 years ago he was executed because Christianity was illegal and his body was secretly buried. A few hundred years later a church called St. Peter’s was built on top of the “secret” tomb, and then rebuilt again 1,000 years later. But no one ever checked to see if St. Peter was really down there until recently! Learn about a real Indiana Jones story of how the body of St. Peter was rediscovered not that long ago! 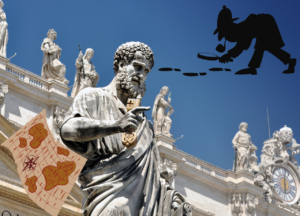 – Friday June 26, 2020: GIANT SPARKLING JIGSAW PUZZLES IN RAVENNA
Take shiny little pieces of colored glass that are about the size of your teeth, stick them into wet plaster, and you have a mosaic. It took millions of little pieces of glass to produce some of the most beautiful mosaics in the world in an Italian city called Ravenna. Learn how they were made and what they mean! 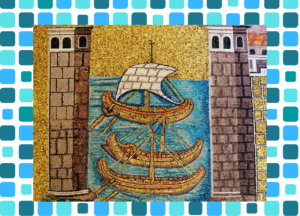 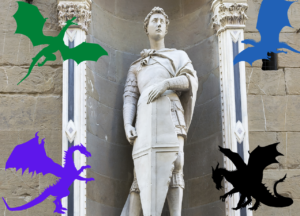 – Monday June 29, 2020: WHY IS THE LEANING TOWER OF PISA. LEANING?
It is the most famous tower in the world – but it’s crooked, REALLY CROOKED! As much fun as it is to take pictures that make it look like you are holding up the tower, today we are going to find out why it is leaning, and why it doesn’t fall down!!! 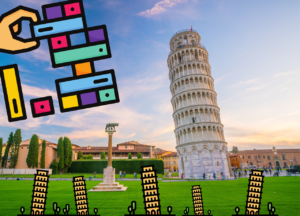 – Tuesday June 30, 2020: THE LITTLE GIANT: HOW ST. FRANCISOF ASSISI CHANGED THE WORLD?
700 years ago, a boy named Francis was born in a town in Italy called Assisi. Little did anyone know that that little boy would grow up to become a saint and change the world. Learn how St. Francis of Assisi taught people how to love nature long before anyone cared about recycling or worried about global warming! 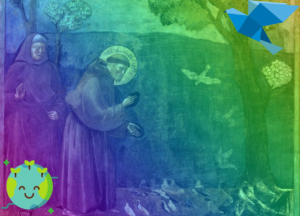 – Wednesday July 1, 2020: HOW TO BUILD THE BIGGEST CHURCH IN THE WORLD?
When the city of Florence decided to build a new cathedral more than 700 years ago, they wanted to build the biggest church in Tuscany. What they ended up building was the largest church in world for more than 200 years. Learn how they were able to build a church that is more than a football field and a half long so long ago! 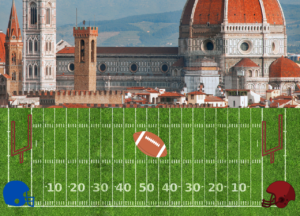 – Thursday July 2, 2020: THE FIRST MOVIE EVER: THE G-MAN AND THE SCROVEGNI CHAPEL
We all love a good movie. Well, long before movies ever existed, an artist named Giotto painted the walls of chapel with pictures that read just like a movie. So, bring some soda and popcorn today, sit back and enjoy the show! 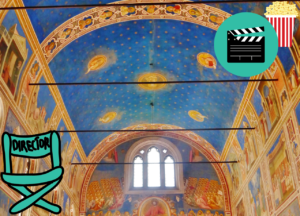 – Friday July 3, 2020: GUESS THE GUILD: RENAISSANCE STATUES AT ORSANMICHELE IN FLORENCE
If you wanted to work in medieval Florence, you had to be a member of a guild, which were groups of men who shared the same job. There is a church in Florence where all of these guilds represented themselves with statues made by some of history’s greatest artists. Today, you are going to tell me which statue represents which guild when we play my favorite game – GUESS THE GUILD!! 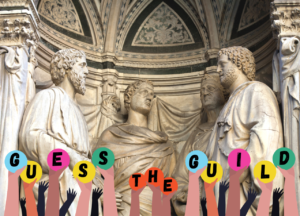 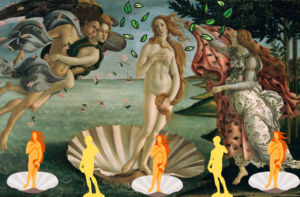 – Monday July 6, 2020: PICK THE PAINTER: WHO PAINTED WHAT IN THE BRANCACCI CHAPEL IN FLORENCE
Two artists worked together to paint the walls of a chapel in Florence. One was older and worked in an older style, the other was only 23 years old and was a real rockstar working in a brand-new style called the Renaissance. Today, you are going to tell me which artist painted which painting in the Brancacci Chapel in Florence 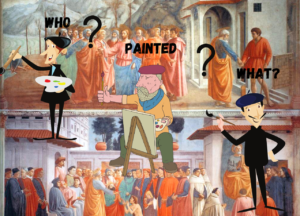 – Tuesday July 7, 2020: HOW AN EGG CHANGED THE WORLD – BRUNELLESCHI AND THE DOME OF FLORENCE CATHEDRAL
When the Italian city of Florence decided to build the largest church in the world, they had one big problem – they didn’t know how to build a dome on top of it. That was until a guy with a real genius cap named Pippo Brunelleschi came along. Learn how this guy showed everyone how smart he was and how he could build such a great dome with nothing but an egg – yep, like scrambled eggs! 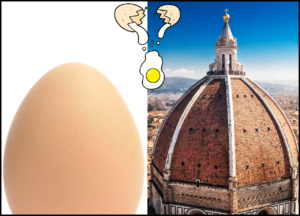 – Wednesday July 8, 2020: BOTTICELLI MEETS PERCY JACKSON – MYTHOLOGY IN RENAISSANCE PAINTINGS
If you like Percy Jackson, then you will like Alessandro Botticelli. They both use gods and heroes from mythology to tell their stories – one in books and the other in paintings. Learn about some of the most famous paintings of the Renaissance and just what they mean. 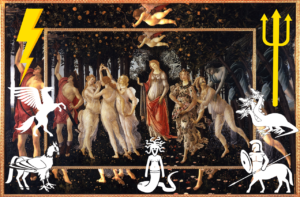 – Thursday July 9, 2020: LOVING LEONARDO DA VINCI – THE MIND OF A GENIUS
This guy was so smart it’s scary. We are going to get into the biggest brain of all time talking about his like, looking at his paintings and exploring his crazy inventions. And even though we’ll never know just what made this guy tick, you will walk away from this class “loving Leonardo”! 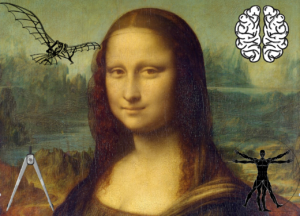 – Friday July 10, 2020: BIG MIKE – MICHELANGELO’S GREATESTS HITS!
Let’s face it, no artist has ever been as famous and popular as Michelangelo – and for good reason. He lived to be nearly 90 years old – when most people died at half that age – and made some of the most beautiful sculptures and paintings in history. Today we will count down Big Mike’s greatest hits to see why he was so famous! 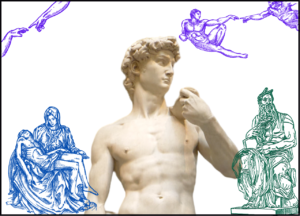 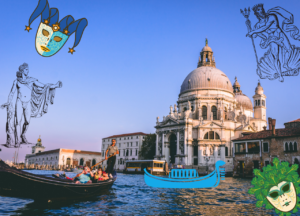 – Monday July 13, 2020: THE CITY ON THE SEA – ART AND ARCHITECTURE IN VENICE
There has never been another city in the world like Venice – well maybe with the exception of Atlantis. It is literally built out in the middle of the water and its streets are filled with water; and instead of cars they have boats called gondolas. Learn why this city was built in the first place and then how it produced some of the most beautiful art of all time! 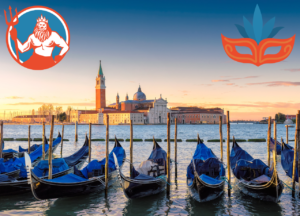 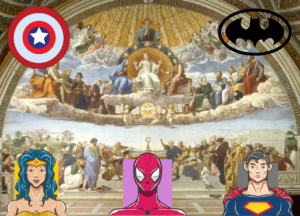 – Wednesday July 15, 2020: MADCAP MANNERISTS
Right around the time of Michelangelo, there were a whole bunch of wacky artists called Mannerists. They liked to paint saints with orange hair, or paint madonnas with really long necks, or add muscles to the body that didn’t exist. Today you will learn about these “madcap Mannersits” and their art and why they were so weird! 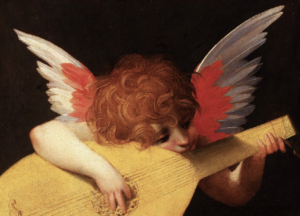 – Thursday July 16, 2020: CRAZY CARAVAGGIO – THE BAD BOY OF ART HISTORY
Most of what we know about Caravaggio, we know from his jail records. This guy was always in trouble for one reason or another. Somehow, when he was not in jail, he found time to paint some of the most important paintings in history. Today we will learn how Caravaggio’s paintings look just like his crazy life! 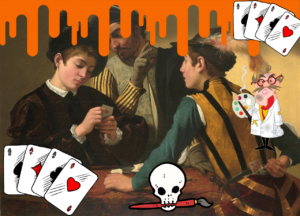 – Friday July 17, 2020: SO REAL THEY CAN TALK – THE SCULPTURES OF BERNINI
Whenever I stand in front of Bernini’s statues, I have to remind people that they are made of stone. It is hard to believe it because of the amazing special effects that this artist was able to use in his sculptures. Today we will look at Bernini’s most famous statues and learn how he was able to make his statues look so real, that they look like they can talk. 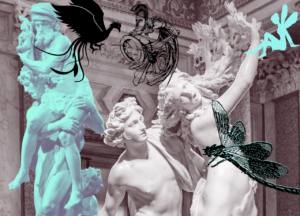