What do you think of when you hear the name Leonardo da Vinci – artist, inventor, Renaissance Man? But what about Leonardo as an anatomist, physiologist, cardiovascular researcher, or biomedical engineer?

Beginning around 1510, Leonardo had the opportunity to observe dissections by the great contemporary physician and anatomist, Marco Antonio Della Torre, while the latter was teaching in Pavia. Da Vinci himself stated that he participated in an additional 30 or more dissections in the Hospital of Santa Maria Nuova in Florence, further refining his already considerable anatomical knowledge. What seems to set him apart, however, from other artists of his time who also studied human anatomy, is that Leonardo’s curiosity extended to what lay beneath the skin and muscle, to parts of the human body that would never be directly visualized in his artistic works. He wanted to know not just what the heart, lungs, brain and other organs looked like, but how they functioned. And being Leonardo, he set himself the task of figuring it out.

Join physiologist and medical historian, Dr. Jeremy Wasser, PhD, for an introduction to the Leonardo you may not be familiar with. Leonardo da Vinci: Cardiovascular Physiologist and the First Biomedical Engineer will present the ways Leonardo’s ideas on how the body actually works were centuries ahead of his time. You will learn how Leonardo’s keen observations have been re-discovered and confirmed thanks to modern experimental methods and medical imaging techniques such as MRI. 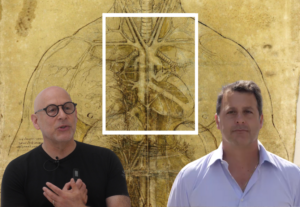 EXCLUSIVE WEBINAR | “The Beauty of Ugliness in Renaissance Art”
Presented by Gary Radke
with Additional Commentary by Dr. Rocky Ruggiero

Renaissance artists’ fascination with the real world led them to explore and depict surprisingly engaging representations of ugly subjects, not just beautiful and idealizing ones. While many people maligned the unfortunate or ugly as evil, artists often found unrecognized beauty and meaning in images of the poor, the malformed, the suffering, and the imperfect. This lecture will utilize examples from the sculpture of Donatello and Michelangelo as well as paintings by Ghirlandaio, Piero della Francesca, Matthias Grunewald, and Caravaggio to demonstrate how artists uncovered intrinsic beauty in everything they saw.

Gary M. Radke is Professor Emeritus of Art History at Syracuse University, where he directed the Florence Graduate Program in Renaissance Art and was named Meredith Professor for Teaching Excellence. His publications on Italian medieval and Renaissance art range from a book on the 13th-century papal palace in Viterbo to essays on the patronage of nuns in Renaissance Venice. He curated major loan exhibitions throughout the United States on Italian Renaissance sculptors Lorenzo Ghiberti, Luca della Robbia, Andrea del Verrocchio, Michelangelo, and Leonardo da Vinci. His widely distributed college textbook on Italian Renaissance art, co-authored with John Paoletti, appeared in four editions and in Spanish and Chinese translations. Gary is past president of the Italian Art Society and a fellow of the American Academy in Rome. 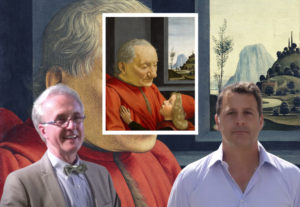 Join Chef Matteo live from his cucina in Florence, Italy, where he will teach you how to prepare three pillars of traditional Tuscan cuisine – pappa al pomodoro (Tuscan Bread Soup), salsa di pomodoro (classic tomato sauce) and fegatino (chicken liver pâté). We’ll have you feeling like you are back in the beautiful hills of Tuscany while you prepare and enjoy these delicious recipes! Remember to bring the Chianti!

World-renowned chef Matteo Boglione was born in Italy. In 2010, he opened the critically acclaimed restaurant in New York City called “Il Matto.” In 2013, Matteo became the Executive Chef at Le Cirque in New York City, and then later at Le Cirque Signature in Mumbai and Bangalore. He later returned to his hometown of Florence, Italy, where he most recently began a collaboration with the celebrity poet-butcher Dario Cecchini. 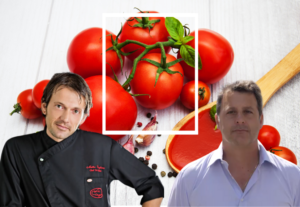 No single work of sculpture has generated the gender debate of Donatello’s bronze David. The case for David’s homoeroticism depends on two suppositions: First, the figure’s alleged prurient physical deportment; for to look at the bronze, as it stands in the Bargello makes it seem camp, gay, sweet, effeminate or any other gender cliché. Secondly, its iconography must be secular, not religious. For if religious, that is, if the David, Renaissance sensibilities would have rejected the blatant eroticizing of any ancestor of Christ. Reviewing crucial opinions on this work and my own life mistakes on gendering anything or anyone, this talk argues against both suppositions and contends that any intentional gendering of Donatello’s bronze David is adduced from false display, fallacious interpretation, and twentieth-century myopia. In fact, after presenting this same paper in Venice, Italy, in 2010 at the prestigious Renaissance Society of America, a noted scholar began a verbal attack matched with a London barrister and stomped out! 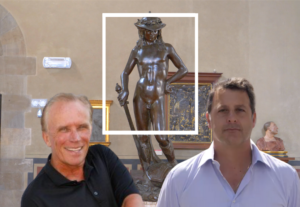