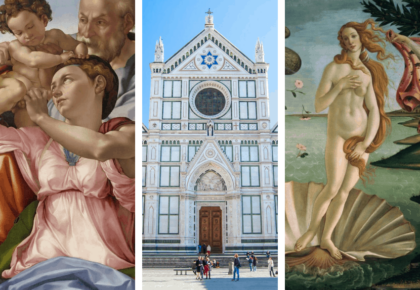 This course will explore the development of art and architecture in Italy from the late Middle Ages through the High Renaissance. Through an in-depth analysis of the art, architecture, and history of these periods, we shall develop an understanding of Italy’s role in the overall development of Western civilization. Particular emphasis will be given to those Italian cities that exhibit particularly well-integrated conceptions of painting, sculpture, and architecture.

-Monday, October 18: Lecture 1 – Masterpieces of the Uffizi Gallery, Part I

The Uffizi Gallery houses the world’s most important collection of medieval and Renaissance Italian paintings, with major works by artists such as Giotto, Simone Martini, Piero della Francesca, Fra Lippo Lippi, Botticelli, Leonardo da Vinci, Michelangelo, Raphael, and Caravaggio. This lecture will examine the evolution of painting from the early-14th to the mid-15th Century as reflected in the late- Medieval and early- Renaissance paintings housed in this great museum. 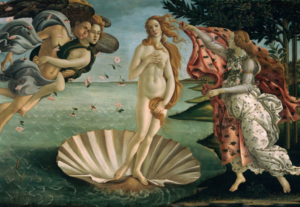 This lecture will focus specifically on the evolution of painting from the late 15th to the middle of the 16th Centuries as reflected in the early and high Renaissance paintings housed in this great museum. We shall also analyze several examples of Mannerist paintings. 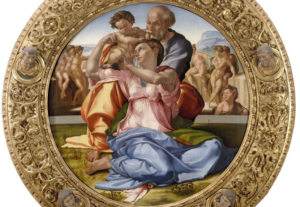 WEEK 2: THE SPLENDORS OF VENICE

– Monday, October 25: Lecture 3 – The City on the Sea: Venetian History, the Basilica of San Marco, and the Doge’s Palace

Venice was the longest lasting Republic in history. The city’s privileged position as cultural and economic bridge between the Eastern and Western Christian world contribute to the uniqueness of Venice. The art and architecture in Venice clearly reflect this combination of Islamic, Byzantine, and Classical influences. The Basilica of San Marco is Venice’s most important church and was originally constructed in the 9th century CE to house the mortal remains of St. Mark the Evangelist. The style of the church is the perfect marriage of eastern and western Christian architecture, showcasing the world’s most extensive and beautiful program of mosaic decoration. The Doge’s Palace, instead, was the seat of the great republic’s political power and the former residence of the rulers of Venice, known as the Doge. 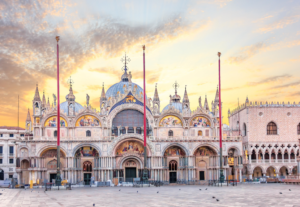 Artists such as Bellini, Giorgione, Titian, and Tintoretto would make Venetian painting perhaps the only school to rival that of the Central Italian Renaissance. This lecture will explore the evolution of Venetian painting from the late 15th to the middle of the 16th Century in order to understand its unique beauty as well as its role in the history of western art. 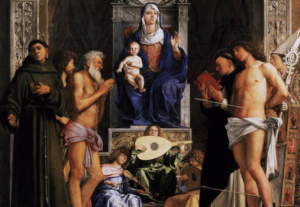 WEEK 3 – THE RE-BIRTH OF ROME UNDER POPE JULIUS II

When Michelangelo signed the contract with Pope Julius II in 1508 to paint the Sistine Chapel Ceiling, little did he know the turmoil that awaited him. Never before had such a large-scale painting been attempted on a ceiling – and by a sculptor no less! After four and a half years of physical strain, personal conflict with the pope, and an endless demand for inspiration, Michelangelo covered nearly 8,000 sq. ft. of ceiling with some of the most beautiful and sublime figures in history. This lecture will examine the artistic importance of the ceiling, as well the human drama behind its creation. 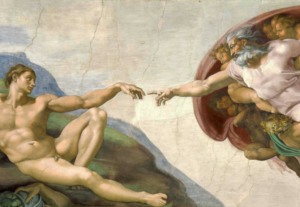 In 1507, a 24-year-old artist from Urbino named Raphael Sanzio exploded onto the artistic scene of Renaissance Rome when Pope Julius II awarded him the contract to fresco the walls of his personal apartments. The result was some of the most sublime paintings of the Renaissance, including his iconic School of Athens. This lecture will examine the style, history and meaning of Raphael’s extraordinary frescoes in the Stanze of the Vatican Museums. 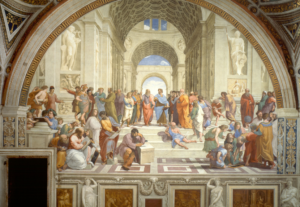