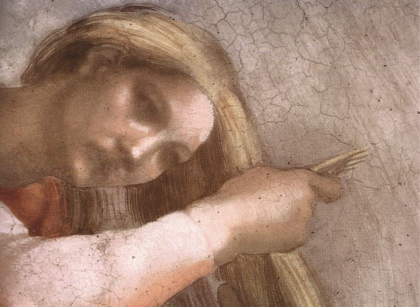 At the end of the 15th Century, Italian painting had reached the peak of naturalistic representation in the work of Leonardo Da Vinci. If painters could push no further in objective representation, the logical consequence was that painting became subjective. Surprisingly, the painter who ushered in this new interpretive style was a sculptor named Michelangelo Buonarroti! This lecture will examine how Michelangelo saw the world through the myopic lens of the male nude set in abstract space and surrounded by an extraordinarily expressive range of colors. Not surprisingly, the result was the first -ism movement in the history of art, called Mannerism, which prefigured the codified artistic movements of late 19th and 20th Centuries.