Botticelli, Leonardo, Michelangelo, and the Antique 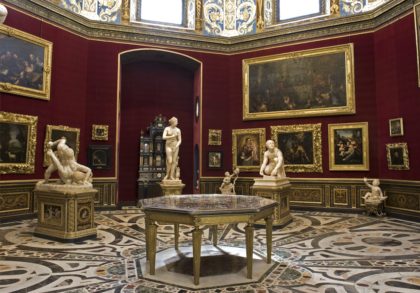 BOTTICELLI, LEONARDO, MICHELANGELO, AND THE ANTIQUE

During the Renaissance, the importance of an art collection was not based on the quality and quantity of contemporary works that a collector possessed, but was instead based on ancient works, or antiques. Of course, those contemporary works were by artists of the caliber of Donatello, Botticelli, Leonardo and Raphael, just to name a few. This lecture will explore the relationship between ancient Greco-Roman art and the then contemporary Renaissance artists Botticelli, Leonardo Da Vinci and Michelangelo; and how three distinct antiques – the Medici Venus, the Equestrian Statue of Marcus Aurelius, and the Laocoön – each became the inspiration for respective Renaissance masterpieces – the Birth of Venus, the never-realized Equestrian monument of Francesco Sforza, and the Sistine Chapel ceiling.

Botticelli, Leonardo, Michelangelo, and the Antique