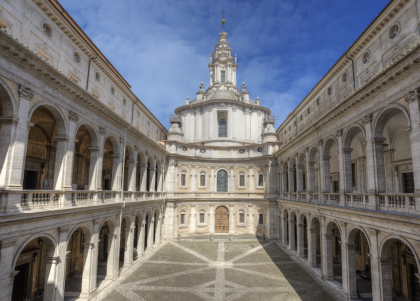 The fall of Constantinople to the Ottomans in 1453 marked the official end of the Eastern Roman Empire (better known today as the Byzantine Empire) and the end of the Medieval world. Although this event was catastrophic for the eastern Christian world, it resulted in an extraordinary flowering of culture in the West. This was in part due to the massive influx of uncorrupted Classical knowledge into western Europe, mainly in the form of ancient manuscripts and Byzantine scholars who could translate and explain them. Florence was the first true center of Renaissance Humanism – a movement that sought to revive ancient Greek and Roman thought. But as the papacy began to reassert its political dominance in Italy, Rome eventually became the new early modern capital of Europe for most of the 16th and 17th centuries. This course explores the circumstances and events that surrounded the fall of Constantinople and its effects on the Renaissance culture of Italy, with particular emphasis given to Florence and Rome.

THEME 1 – THE DEMISE OF CONSTANTINOPLE AND THE RISE OF HUMANISM

Kenneth Clark described Della Francesca’s painting as “the greatest small painting in the world.” Much has been written about the enigmatic meaning of the work, including it serving as a metaphor for the fall of Constantinople. This lecture examines the iconography of the famous painting and discusses its various interpretations. 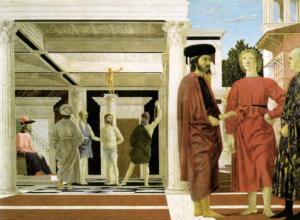 The fall of Constantinople marked a mass exodus of Byzantine scholars to Italy. Accompanying these scholars was an unprecedented number of manuscripts about the Classical world. Florence was a particularly appealing destination due to its reputation as a flourishing center for the arts. Moreover, many an eastern scholar had actually visited the great city just a few years earlier during the Council of Florence. This lecture examines the effect of this new surge of Classical knowledge on Florentine art in the last quarter of the 15th Century. 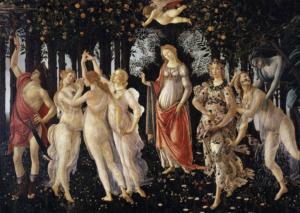 THEME 2 – THE PAZZI CONSPIRACY: THE FAILED PLOT THAT WOULD HAVE CHANGED THE WORLD

On April 26, 1478, Giuliano de’ Medici lay dead on the pavement of Florence cathedral with 19 stab wounds serving as testimony to the vicious attack that he had just suffered. Had his assassins succeeded in eliminating his older brother, Lorenzo “il Magnifico” de’ Medici, that day as well, the history of western Europe, and the world for that matter, would have been drastically altered. This lecture examines the protagonists, motivation, and plot behind one of history’s greatest conspiracies. 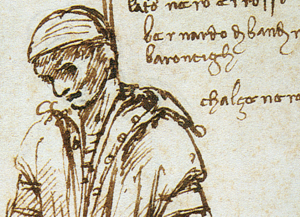 – LECTURE 4– The Sistine Chapel before Michelangelo

Decades before Michelangelo climbed up on the nearly 70 feet of scaffolding to adorn the ceiling of the Sistine Chapel, a veritable “All-Star Team” of late-15th- century artists had already decorated its walls. Artists such as Sandro Botticelli, Domenico Ghirlandaio, Pietro Perugino, and Luca Signorelli were sent to Rome by Lorenzo “il Magnifico” de’ Medici to pay homage to the original patron and namesake of the chapel – Pope Sixtus IV. This lecture examines the pre-history of the Sistine Chapel and the early Renaissance frescoes that had already transformed the chapel into an extraordinary decorative complex. 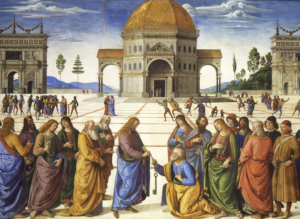 – LECTURE 5 – A Temple Fit for a Pope: The Building of St. Peter’s Basilica

After 100 years of construction, the reign of 18 different popes, and the direction of 12 different architects, St. Peter’s Basilica was finally completed in 1626. Measuring more than two football fields in length, it was by far the largest church in Christendom, and a fitting monument to the burial place of the first pope. This lecture explores the dramatic construction history of this great church, as well as the breathtaking artwork that adorns it. 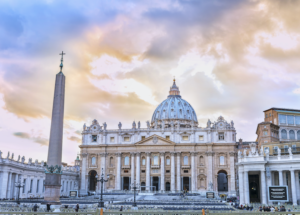 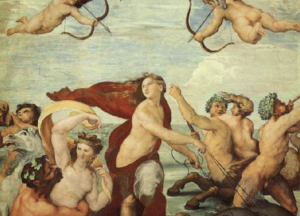 24 years after completing its ceiling, Michelangelo returned to the Sistine Chapel to paint its altar wall. His gigantic Last Judgement took five years to complete and scandalized Rome as many of its holy characters were depicted in the nude. Almost as soon as he finished the Last Judgement, Michelangelo’s talents as a painter were again put to use in the Pauline Chapel where he painted his two last paintings – The Crucifixion of St. Peter and The Conversion of St. Paul. This lecture examines and analyzes Michelangelo’s last epic paintings in the context of the religious reforms that were beginning to take place in Counter-Reformation Rome. 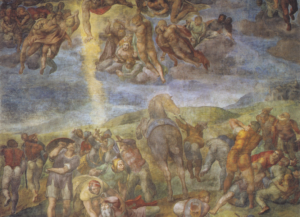 At the ripe old age of 71, Michelangelo took over the direction of the most important building project in Europe – the fabbrica of St. Peter’s Basilica. Michelangelo redesigned the great building and saw construction through to the base of the cupola. This project would occupy the last 17 years of his life and consume nearly all of his creative energies. This lecture examines Michelangelo’s role in the realization of the great basilica, as well as analyzes his revolutionary architectural style which paved the way for Baroque-style architecture in the next century. 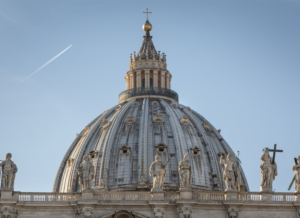 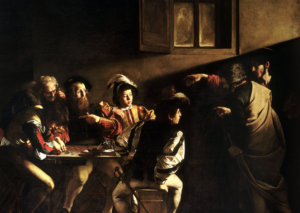 On May 28, 1606, Caravaggio stabbed and killed a man on Via della Scrofa in Rome. Wanted for murder, he immediately fled the city and spent the last four years of his life as a fugitive on the run. He went first to Naples, then traveled to Malta, Sicily, and then back to Naples again. While making his way back to Rome in 1610 after receiving a papal pardon from Pope Paul V, Caravaggio died under mysterious circumstances. This lecture examines those works that Caravaggio produced during this particular dramatic time of his life and that define his late career. 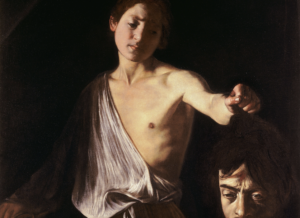 – LECTURE 11 – Bernini and the Poetry of Sculpture

Bernini’s breathtaking mythological statues of Apollo and Daphne and Pluto and Persephone in the Borghese Gallery are but a few of the sublime statues produced by the famed sculptor while he was still in his early twenties. This lecture explores Bernini’s new visual language for sculpture which combined Classical form and proportion with the Baroque love for the theatrical. 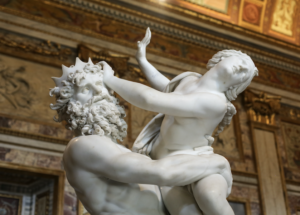 The architectural and urban patronage of Popes Sixtus V, Paul III, Urban VIII, and Innocent X transformed the city of Rome into the city which in large part we still see today. The creative vision of their respective architects produced some of the most exquisite architecture in history. This lecture explores those monuments in Rome produced by the three greatest architects of the 17th century and which define our understanding of the Roman Baroque in architecture. 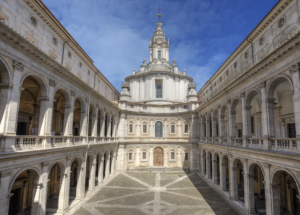