Antiquity to the Medici: Art, Architecture, and History 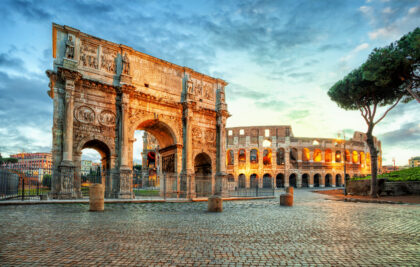 Course Description:
This course traces the art, architecture and historical events in Italy from Roman Antiquity through the early Renaissance. Through an in-depth analysis of selected works of art and architecture from throughout Italy, along with those social, economic and political factors that helped shape them, students will acquire a profound understanding of Italian culture from ancient times to their reflowering in the Renaissance. Particular emphasis will be given to those Italian cities that contributed significantly to the shaping of an Italian cultural identity, which in turn serves as a major pillar of western civilization.

Course Objectives:
• To learn to appreciate the rich and influential aspects of Italian art and architecture from antiquity through the early Renaissance.
• To bring a historical period to life through a “hands on” approach to the monuments and works produced during this specific period known as the Renaissance.
• To develop the fundamental skills of art historical analysis that include formal analysis and iconographic interpretation.
• To develop an ability to interact in a personal and intimate manner with works of art and their surroundings.

– LECTURE 1: THE FOUNDING OF ROME AND THE DAWN OF AN EMPIRE: ROMULUS, REMUS, AND JULIUS CAESAR

This lecture will examine the foundation myth of Ancient Rome and how it reflects those critical historical and social factors that contributed to making Rome the most absolute empire in history. We will then examine the rise to power of Julius Caesar and the transformation of the Roman Republic into an Empire. 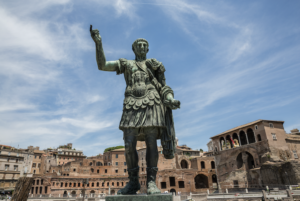 – LECTURE 2: BREAD, CIRCUS, AND CONQUEST: THE COLOSSEUM AND THE ARCH OF TITUS

This lecture will explore the most decadent period in ancient Roman history when emperors provided both lavish foods and spectacular entertainment to the citizens of Rome. We shall also analyze the architecture and reconstruct the engineering marvels of the mother of all amphitheaters – the Colosseum – while also discussing the jaw-dropping spectacles and bloody contests that took place inside. 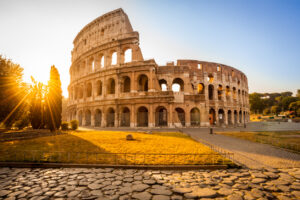 – LECTURE 3: THE ARCHITECTURAL MARVELS OF IMPERIAL ROME: THE PANTHEON, THE BASILICA AND ARCH OF CONSTANTINE

This lecture will examine and analyze the ancient Roman temple that has been described as the most perfectly designed architectural monument in history: The Pantheon. We will also address the rise of Christianity in the Roman world and the critical role that Emperor Constantine played in changing the world forever. 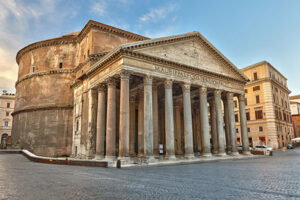 – LECTURE 4: THE SPARKLING MOSAICS OF RAVENNA

In this lecture, we shall survey the fascinating history of Ravenna that shaped the city’s most recognizable artistic marvels, its glorious mosaics. No medium better embodies the glory and mystery of both Byzantine culture and Early Christian iconography than does this painstaking technique of inserting tiny colored-glass tiles—or tesserae—into wet plaster to produce figurative and decorative imagery. In fact, the basilica of San Vitale houses perhaps the most famous mosaic in the world depicting the Empress Theodora and her court. 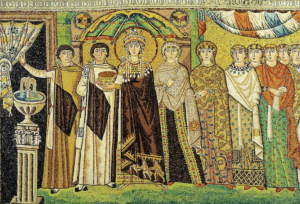 This lecture will explore the architecture and history of three of the most celebrated Romanesque churches of medieval Europe. Consecrated in 1018 CE, the thousand-year-old Romanesque church of San Miniato in Florence houses an eclectic mix of artistic styles inside of a distinctly mysterious and mystical atmosphere. We will also explore the history and architecture of Florence Baptistery, which is the Romanesque building that has always been the heart of Florentine society and tradition. Finally, we shall examine the great Romanesque architectural monuments of the Tuscan city of Pisa. From its majestic marble cathedral, to its elegant circular baptistry, Pisa is home to some of the greatest architecture of the Middle Ages. 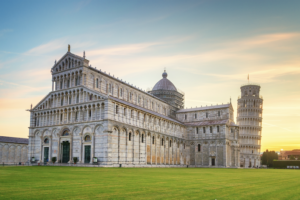 – LECTURE 6: THE PULPITS OF NICOLA PISANO IN PISA AND SIENA

This lecture will examine two of the most extraordinary sculptures of the Middle Ages. Nicola Pisano revolutionized sculpture in the 13th century by introducing drama, psychology, classical motifs, anatomy, and movement. Although few works exist by the great sculptor, he would not only inspire later masters such as Donatello and Michelangelo but was just as important in his own day. 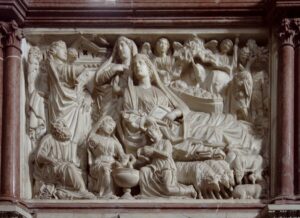 THEME 4 – THE DAWN OF THE RENAISSANCE 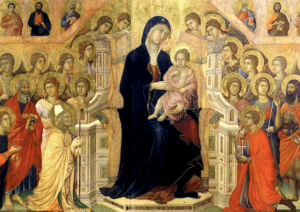 – LECTURE 8 – THE SCULPTURES OF ORSANMICHELE IN FLORENCE

This lecture will examine the extraordinary collection of statues on the outside of the medieval-grain-market-turned-church of Orsanmichele in Florence. Produced by some of the greatest artists of the Renaissance, such as Donatello, Ghiberti, and Verrocchio, each statue reflects the changing artistic styles of the day as well as the socio-economic importance of their guild patrons. 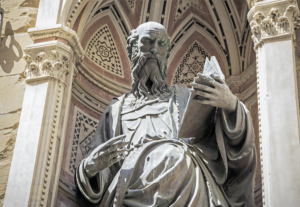 – LECTURE 9: MASOLINO, MASACCIO, AND THE BRANCACCI CHAPEL IN FLORENCE

This lecture will explore the key paintings of the revolutionary Brancacci Chapel in the church of Santa Maria del Carmine in Florence. There is no better place in the world in which to illustrate the evolution of late Gothic to Early Renaissance than this chapel. It was here that the young genius named Masaccio introduced what today we define as Renaissance painting. 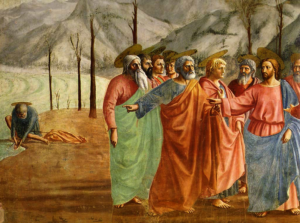 – LECTURE 10: FRA ANGELICO AND THE RENAISSANCE CONVENT OF SAN MARCO

This lecture will examine the art, architecture, and history of the first-ever Renaissance convent. Dominican friars have lived in the Convent of San Marco for nearly 600 years, and it still remains one of Florence’s greatest spiritual centers, housing one of the city’s most spectacular collections of sacred art. Decorated with frescoes by painter and friar Fra Angelico and once home to the fiery preacher Girolamo Savonarola, the convent is steeped in history and culture, and offers a true taste of religious life in 15th-century Florence. 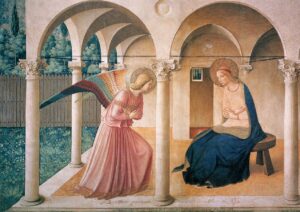 THEME 6 – THE RISE OF THE MEDICI

– LECTURE 11: THE OLD SACRISTY AND THE BASILICA OF SAN LORENZO

This lecture will examine the rise to power and legacy of one the longest-lasting dynasties in history. No monument better reflects the Medici’s ambitious patronage than does their “unofficial” church of San Lorenzo, which was designed by the great Filippo Brunelleschi and is also the first-ever Renaissance church. 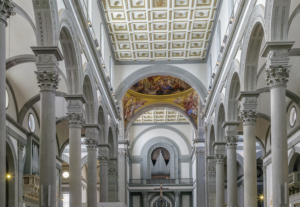 – LECTURE 12: THE MEDICI PALACE AND THE CHAPEL OF THE MAGI

This lecture will explore how the art of the Renaissance had become the visual geo-political language of the Medici – which was clearly a language of power – and how that language was applied to their home – the Medici Palace. We shall also examine the sumptuous Chapel of the Magi inside of the palace and its beautiful fresco decorations by Benozzo Gozzoli. 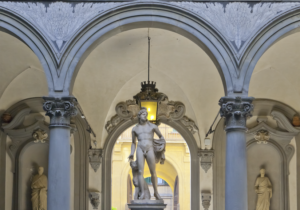