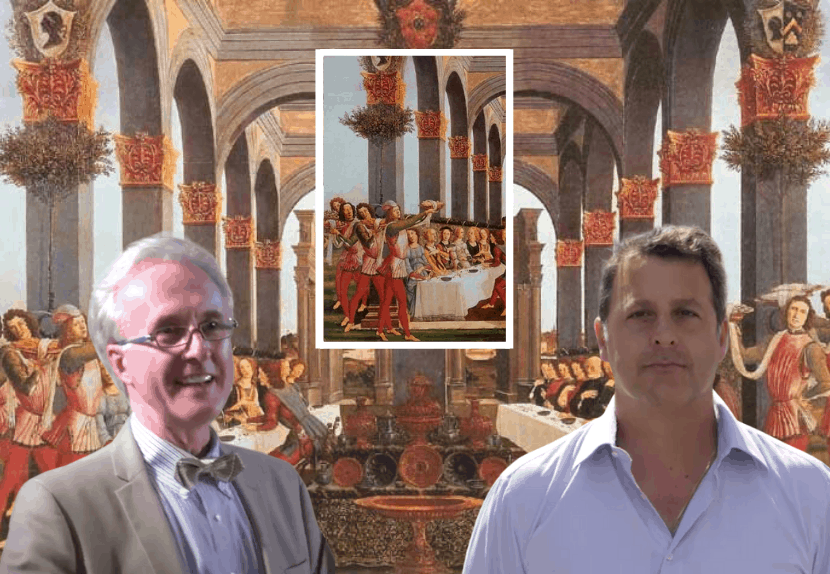 Italians have always loved to eat—and show off what they’re eating—so join us in exploring how Renaissance Italians took dining to new heights. Even without tomatoes and cannellini beans (which were just being discovered in the Americas), Renaissance Italians set healthy tables that dazzled the eye as well as the stomach. Enjoy images from paintings, cookbooks, and surviving gold and silver table ornaments that demonstrate how splendid Renaissance tables could be.

Gary M. Radke is Professor Emeritus of Art History at Syracuse University, where he directed the Florence Graduate Program in Renaissance Art and was named Meredith Professor for Teaching Excellence. His publications on Italian medieval and Renaissance art range from a book on the thirteenth-century papal palace in Viterbo to essays on the patronage of nuns in Renaissance Venice. He curated major loan exhibitions throughout the United States on Italian Renaissance sculptors Lorenzo Ghiberti, Luca della Robbia, Andrea del Verrocchio, Michelangelo, and Leonardo da Vinci. His widely distributed college textbook on Italian Renaissance art, co-authored with John Paoletti, appeared in four editions and in Spanish and Chinese translations. Gary is past president of the Italian Art Society and a fellow of the American Academy in Rome.

In retirement Professor Radke and his wife Nancy have settled into a historic home in Savannah, Georgia, where Gary is now a trustee of the Historic Savannah Foundation and chair of its Architectural Review Committee. He continues to write scholarly articles and enjoys lecturing in Italy for various cultural groups.